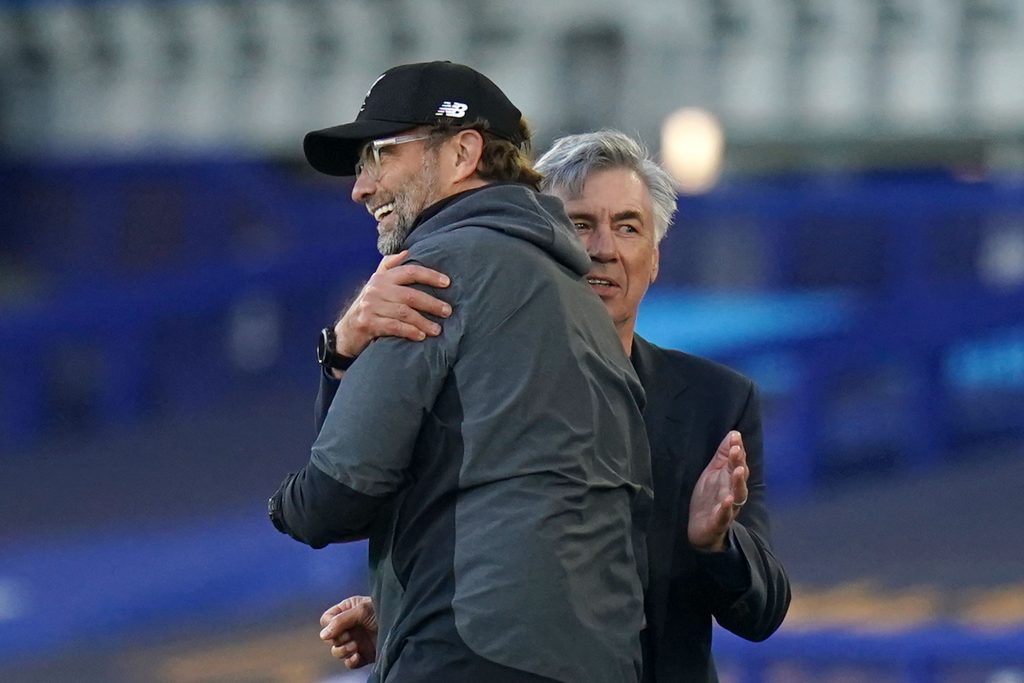 After a brief hiatus of international football, the Premier League is back again this weekend, and it starts off with the lunch-time kick-off of the Merseyside derby at Goodison Park.

Liverpool are still one of the places in the UK that are reeling under tier-three lockdown, and in times like these, it’s really hard to shift the focus to football, especially with Goodison Park remaining without fans for such a momentous occasion.

WATCH: Scenes in Liverpool city centre as people take to the streets just hours before the city region goes into Tier 3 lockdown restrictions.

Nevertheless, it can be hoped that one of the most decorated derbies in Europe could live up to the hype and it will be an entertaining distraction, especially after Everton’s impressive start to the season.

It was back in September 1989 when last time Everton went to the Merseyside derby being at top of the table.

Carlo Ancelotti’s side have made a perfect start to the season, picking up 12 points from four games thus far. Beating Tottenham on the opening day away from home has set the tone for their impressive run, but a tete-a-tete with the Champions will surely test their true mettle.

Liverpool are heading into the fixture on the back of a humiliating 7-2 defeat against Aston Villa before the international break. The defence was run-ragged and the Reds really looked vulnerable at the back.

Jurgen Klopp feels that Ancelott’s Everton can challenge Liverpool for the title, and therefore the Reds would be desperate to get back to winning ways.

It’s been 10 years since Everton last won against Liverpool. They have strengthened their midfield this summer with the additions of James Rodriguez, Allan and Abdoulaye Doucoure, and the trio has made a huge impact so far.

Left-back Lucas Digne suffered a minor knee injury whilst on international duty, and Everton are sweating on his fitness.

Seamus Coleman picked up a hamstring injury before the break. Yerry Mina suffered a thigh injury on international duty with Colombia, and he is likely to miss the game.

For Liverpool, Sadio Mane and Thiago Alcantara are set to return after self-isolation due to positive coronavirus tests, but Alisson remains out injured.

Joel Matip, however, has returned to full training.

Everton will hope that both Coleman and Digne are available for this game, otherwise, Ancelotti will be short of genuine options at the back.

With Mason Holgate, Jonjoe Kenny and Jarrad Branthwaite all injured, 22-year-old Ben Godfrey could be thrown into the mix against the Reds.

Adrian will continue in the absence of Alisson, although the former West Ham keeper must improve after his horror performance last time out.

In the midfield, Klopp could field the likes of Jordan Henderson, Thiago and Gini Wijnaldum, which means Naby Keita could drop out.

Player to watch out for: Dominic Calvert-Lewin

Everton have played an attacking brand of football, scoring 24 goals. The newly capped 23-year-old England striker netted nine of them, picking up two hat-ticks in the process.

Prediction: Under Klopp, Liverpool have remained unbeaten in 11 Merseyside derbies in all competitions. So, I’m going with a 1-3 result in favour of the visitors.