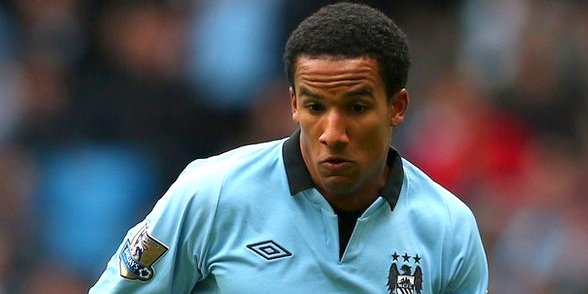 Manchester City winger Scott Sinclair must consider looking at greener pastures this summer, such as Everton, in order to revive his career, should there be an interest from the Merseyside club.

The youngster has been targeted by West Bromwich Albion and Stoke City, but as per the latest report from The Metro, Everton have joined the race for his signature.

The Toffees manager Roberto Martinez wants chairman Bill Kenwright to stump up necessary cash for Sinclair, as he wishes to be reunited with his former player from his Swansea days. West Brom are trying to sign the player on a year-long-loan deal as the Baggies are looking to utilize their limited funds to land former Chelsea player Salomon Kalou from Lille.

The 24-year-old joined City last season, but couldn’t make a lasting impression and he may further drop down the pecking orders at the club this season, under new manager Manuel Pellegrini.

One of the major drawbacks for City last season was they didn’t strengthen their team enough in the summer. Roberto Mancini signed few players including Sinclair, but most of them are at best squad players and it is no surprise why other than Matija Nastasic none could make a strong impression.

Pellegrini wasted no time in adding four quality players to the side and while Fernandinho and Alvaro Negredo would not give him direct competition for places, Sinclair will find it hard to manage regular games beating the likes of Jesus Navas and Stevan Jovetic.

With only three starts all season in all competitions, reality should strike him hard that he needs a club that will provide him regular first team chances . A player with his talent is good enough to play for any top Premier League clubs that includes Everton as well, but the platform at Manchester City probably was too big for him at this stage.

With age by his side, all he needs now is regular games under his belt. Further, he will be taken good care of by a fantastic manager in Martinez, which could help him to get his career back on track.