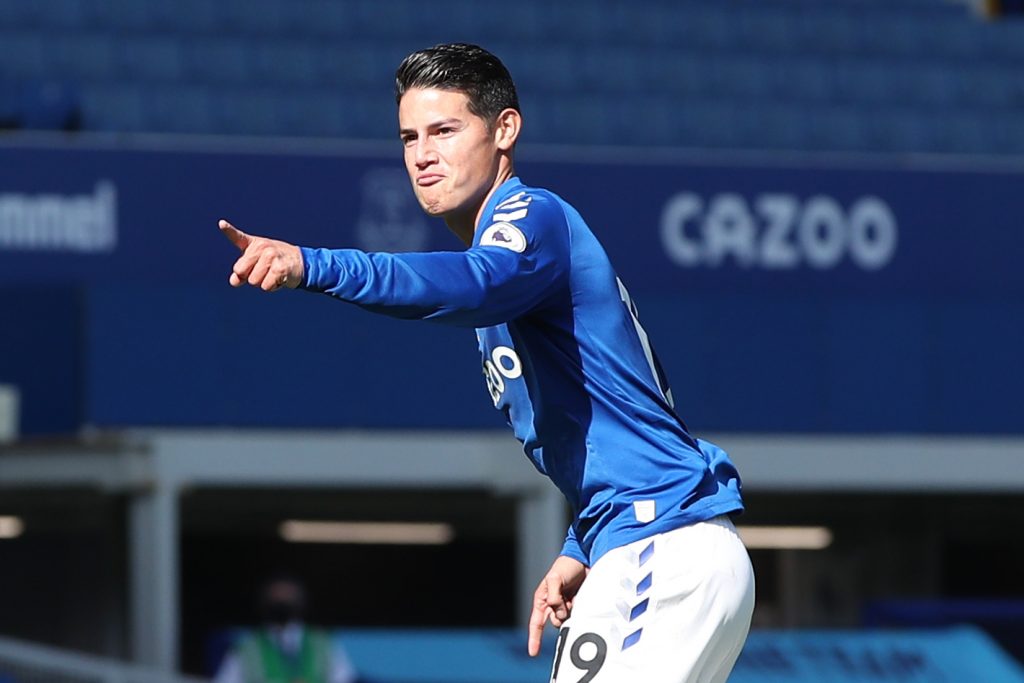 Everton want to extend the current contract of James Rodriguez.

The former Real Madrid midfielder’s current deal ends in 2022, and they are keen to retain the services of the 80-cap Colombian international.

Marca claims that Rodriguez’s contract extension is a ‘great obsession’ for Ancelotti, who is eager to hold onto the player for another year.

Rodriguez has done well at Goodison Park since his move from Madrid, scoring six goals with nine assists this season.

The Toffees will be looking to secure Champions League qualification in the coming years, and Rodriguez will be crucial to their hopes.

The 29-year-old needed stability in his career after a forgettable spell at Madrid. He has been a regular starter under Ancelotti.

Rodriguez looks rejuvenated at Goodison Park, and it is no surprise that Ancelotti wants him to extend his stay at the club.

Everton have improved under Ancelotti and could challenge for Champions League qualification next year with a couple of quality additions.

They are on course to book a place in next season’s Europa League, but playing in UEFA’s showcase tournament is the club’s ultimate aim.

Read: Why Everton must beat Chelsea and Manchester United to this £27m-rated 18-year-old