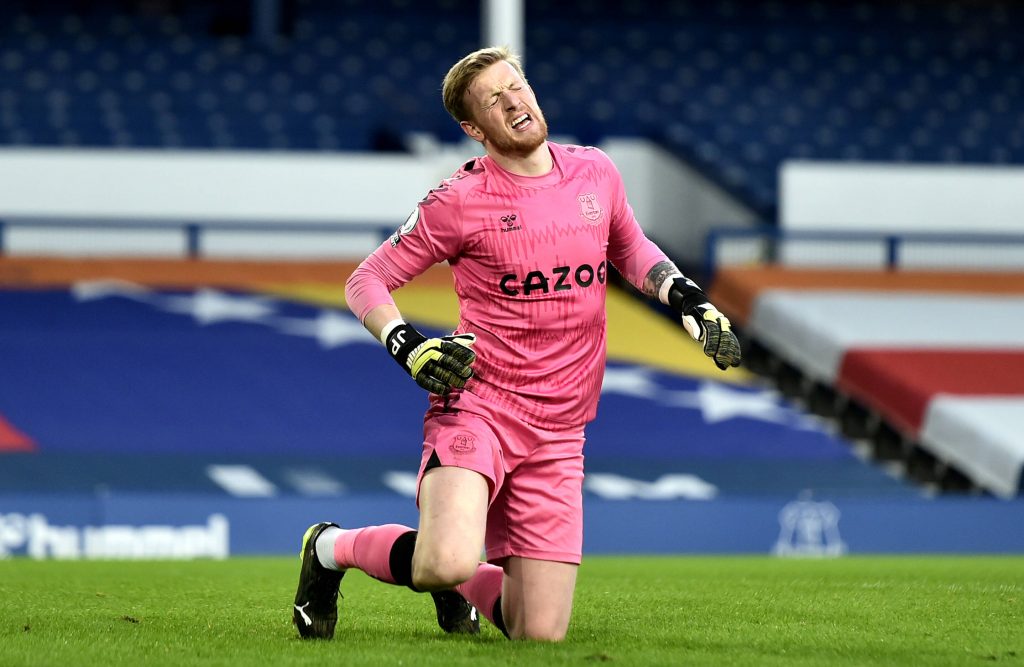 Everton goalkeeper Jordan Pickford could be out for six weeks, according to reports from The Sun.

The 27-year-old aggravated a recurring rib injury during Everton’s 2-1 defeat against Burnley in the Premier League.

Pickford wasn’t picked for England’s latest squad, and he missed Everton’s 2-0 defeat against Manchester City in the FA Cup on Saturday.

The Sun now reports that Pickford could be out until May, which means he will miss a chunk of crucial games for Everton. However, he is still expected to return to action before the end of the season.

In the absence of Pickford, Nick Pope and Dean Henderson will battle between themselves to stake a claim for the first-choice role for the England national team.

West Bromwich Albion’s Sam Johnstone was called up as the third-choice keeper.

The injury to Pickford is a massive blow for Everton with Carlo Ancelotti’s side challenging for a place in Europe next season.

Robin Olsen, the on-loan goalkeeper from AS Roma, can be a handy back-up option, while Joao Virginia is a highly-rated young talent.

The 21-year-old started against Man City in the FA Cup at Goodison Park, and he was simply outstanding.

In other news, check out how Everton fans have reacted to Virginia’s performance vs Man City.