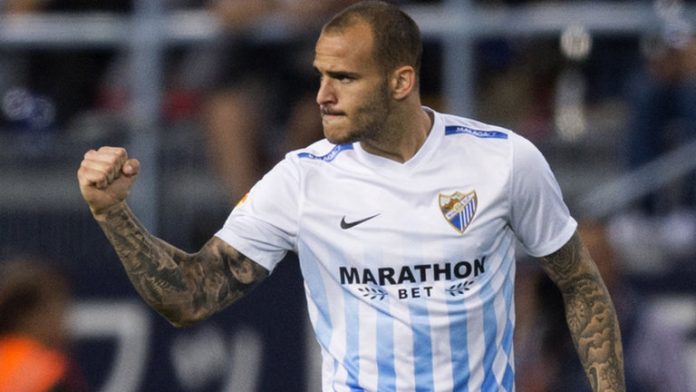 Everton have moved into pole position to sign Malaga forward Sandro Ramirez in a transfer deal that could cost around £5 million.

Atletico Madrid had been favourites to sign the 21-year-old attacker but the Los Rojiblancos have failed with their attempts to overturn their transfer ban that will now prevent them from signing any player this summer.

Sandro came through the ranks of Barcelona’s famous youth academy La Masia before featuring in the first team under Luis Enrique two years ago but later joined Malaga in search of regular first team action.

Everton boss Ronald Koeman and director of football Steve Walsh reportedly watched Malaga play Celta Vigo last month and the Toffees are keen to sign him with Romelu Lukaku’s future at the club hanging in the balance.

However, the 21-year-old has claimed that he is not focusing on his future currently as he aims to play a starring role for Spain ahead of the Under-21 European Championship.

Sandro told AS: “It’s true that I have a low clause, but right now I am still a Malaga player and I want to focus on the national team.”

“I am in no rush to sign for a big club. I try to avoid all they’re saying about me.”