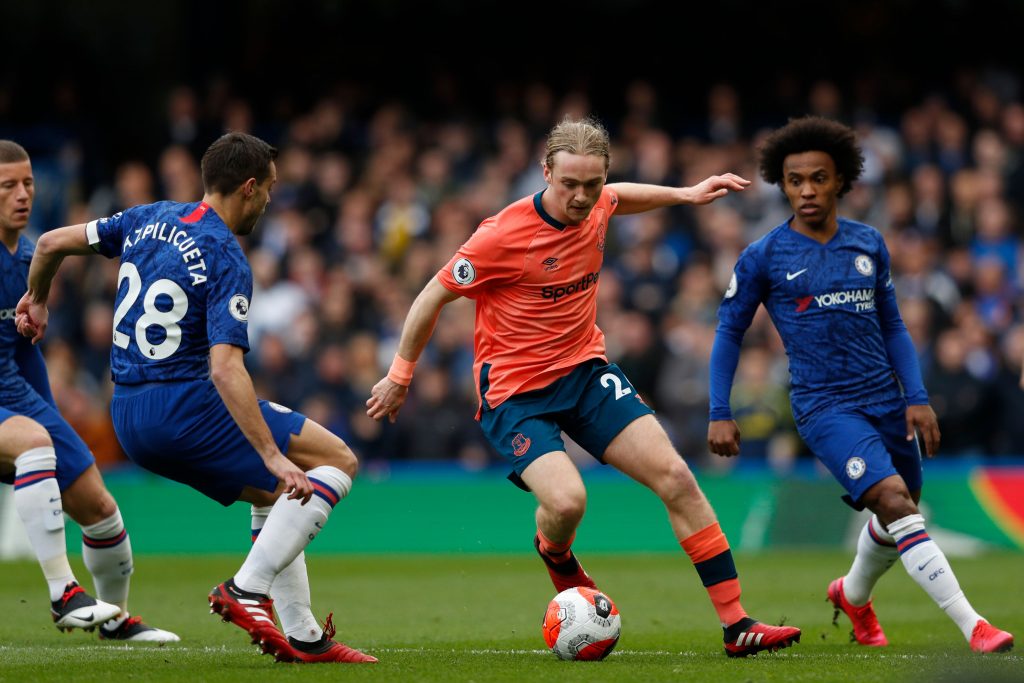 Everton fans have strongly criticised Tom Davies, as the midfielder produced a very ordinary performance on Sunday against Chelsea, in the Premier League.

The Toffees lost 4-0 against the Blues, and remained 12th in the Premier League. Chelsea completely dominated the game and secured their biggest win of the season under Frank Lampard.

Mason Mount and Pedro scored for the Blues inside the opening 21 minutes. Willian scored in the second half, and then turned into a provider for Olivier Giroud as Chelsea picked up all three points to enjoy a five-point cushion in the Champions League places.

Everton only managed 39% of possession with the midfield failing to provide any resistance. The likes of Gylfi Sigurdsson, Michael Keane, Djibril Sidibe and Davies all have been very poor, with many Everton fans very disappointed with the 21-year-old’s lackadaisical display.

I genuinely don’t see what he offers us

I wanted him to do well because he's a scouser and all that but he's just not good enough.

Davies. Sigurdson. Sidibe. Michael Keane have been the weak links Digne has looked awful, then again so have the whole 11

I want to like him but constantly chasing shadows and ineffective.

Last week, former Everton player Michael Ball showered praise on Davies, saying Carlo Ancelotti needs to trust him in midfield. He had also hailed the youngster as a ‘top player’.

However, Davies did very little to suggest that he can be the anchorman in Everton’s midfield in big matches. With zero tackle, zero interception, one clearance, and just 24 passes attempted, it was simply a very ordinary performance that he will like to forget quickly.