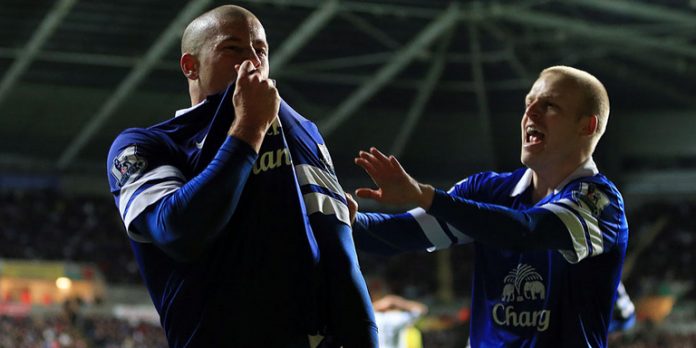 Chelsea midfielder Ross Barkley has recently revealed that the lack of coaching at Everton has affected his development as a player.

The midfielder believes that he could have improved a lot more if he had someone like Sarri guiding him during his time at Goodison Park.

The Merseyside outfit were responsible for his development through the youth teams and they did well to nurse him back from a serious injury as well.

Barkley’s comments are quite surprising as well. During his time at the club, there were other young players (Stones, Lukaku) who developed very well and therefore the coaching cannot be questioned.

The England international’s decision making has always been his main problem. Barkley has the technical ability and the talent to succeed at the highest level. It will be interesting to see if Sarri manages to harness that potential.

Everton fans have now reacted to these comments on Twitter. The Toffees are clearly not happy with Barkley’s digs at the club staff. Here are some of the reactions.

“Over the years I haven’t been coached much” absolute shitbag

What about the club that coached you from age 11 ? Turning you into a player earning £100k+ pw

Not forgetting how the little scrote was nursed back from an almost career ending injury by our medical staff. Repugnant little twat he is.

He’s made his bed let the ? sleep in it

Don’t give a shit about how good he becomes. But EFC isn’t just about fans & whether he was booed or not, loads of staff helped him from a very young age. From junior scouts & coaches up, including medical staff. Disrespectful to all of them. He needs to learn some class.

When you look at the coaches he had at Everton, well its the reason he got into the 1st team and hailed as the next Gasgoine, Ballack and so on. He was coached plenty sadly he just didnt listen, which is whu he didnt progress !! To proud to admit it though obviously.

Probably couldn’t take in the information. Bit dumb is our Ross. Hardly say he’s been great at Chelsea either

Just reinforces that there is a delay between his brain and not only his mouth but also his feet. He gets there eventually, but sadly it is invariably too late. Our coaching won him an England pace, him being thick, lost it.

Im at an age now where i understand football a lot more, i just don’t know how to string a relevant sentence together.

One thick judas knobhead that.