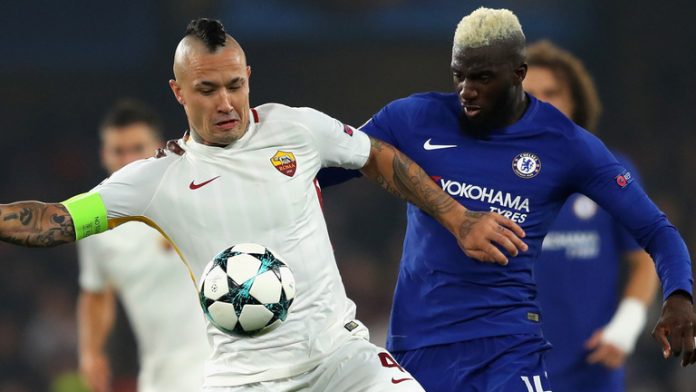 Everton have been linked with a move for the Chelsea midfielder Tiemoue Bakayoko.

Some of the Everton fans have now taken to Twitter to share their thoughts on the potential arrival of the midfielder and it seems they aren’t too keen on the transfer.

Bakayoko struggled to adapt to the Premier League with Chelsea and he was then loaned out to AC Milan last season.

Although he managed to impress with the Italian side, it seems that the Everton fans are not interested in taking the risk.

The 24-year-old was outstanding for Monaco before joining Chelsea and if he can rediscover that form, he would improve Everton for sure.

It will be interesting to see if Silva decides to break the bank for his services this summer.

Gueye is all set to leave the club and Everton will need to bring in a replacement. Although Bakayoko is not a specialist defensive midfielder, a duo of him and Delph could replace Gueye easily.

Chelsea are keen on getting rid of the player and the Toffees might be able to sign him for a reasonable fee this summer.

Looked a decent player at Monaco but not worked out for him in the premier league, Gbamin would be better option

I’d try and get him on loan. £40m is a bit steep considering he was average at Chelsea

Only on loan if we had to

I actually wouldn’t mind him, but I’d prefer Gbamin, especially since he’s cheaper