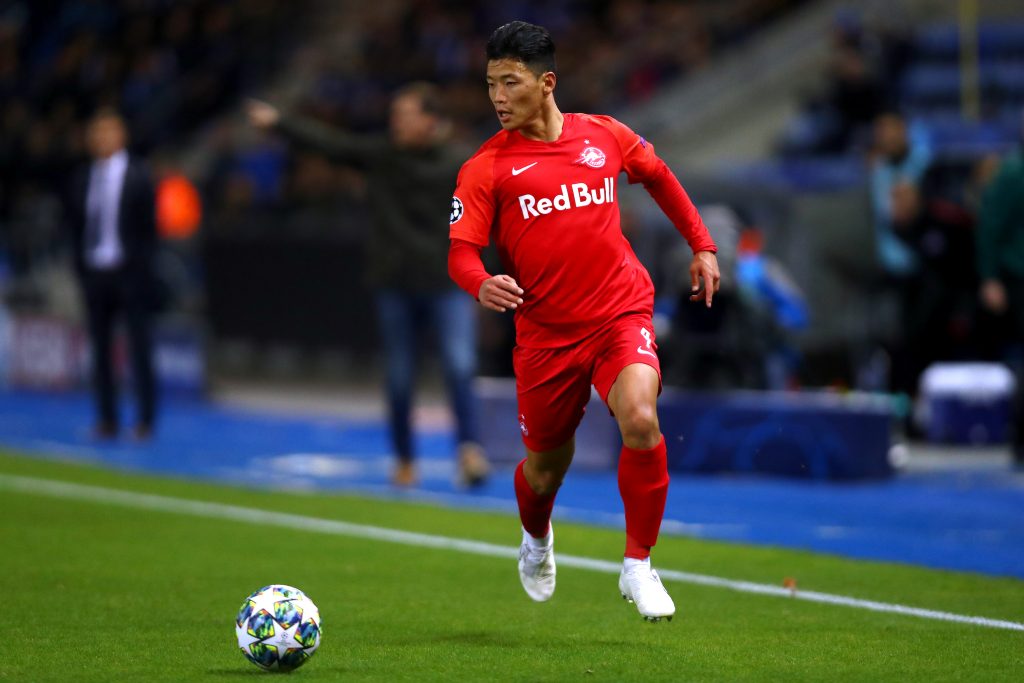 We covered reports yesterday that the Toffees want to sign the striker this summer.

Hee-Chan has shown his quality in the Austrian league and in Europe so far. He was quite impressive against Liverpool in the Champions League recently.

It will be interesting to see if Everton can agree on a deal with Salzburg for the player.

Recently, another Salzburg player moved to Merseyside. Takumi Minamino was snapped up by Jurgen Klopp’s Liverpool.

Minamino is still adapting to English football and it will be interesting to see how he performs next season.

Meanwhile, Hee-Chan has the technical ability to succeed in England as well.

RB Salzburg will not want to lose a key player easily and Everton will have to agree to their demands if they truly want to sign the player.

The Toffees could use a quality striker and Hee-Chan would be a superb signing for them if he manages to adapt to the Premier League quickly.

He has been in good form all season and Hee-Chan has 14 goals and 3 assists to his name so far.

Hee-Chan can operate as a left-sided forward as well and his versatility will come in handy if the 24-year-old moves to Everton.

Here is what the Everton fans had to say about him.

Would be an absolutely unreal signing.

Looked good in the Champions League.

he is very good and he would be a Kanchelskis type of a striker,Yes from me.

Would buy him solely based on what he did to VVD in this photo.

Got excited until I seen the source 💩