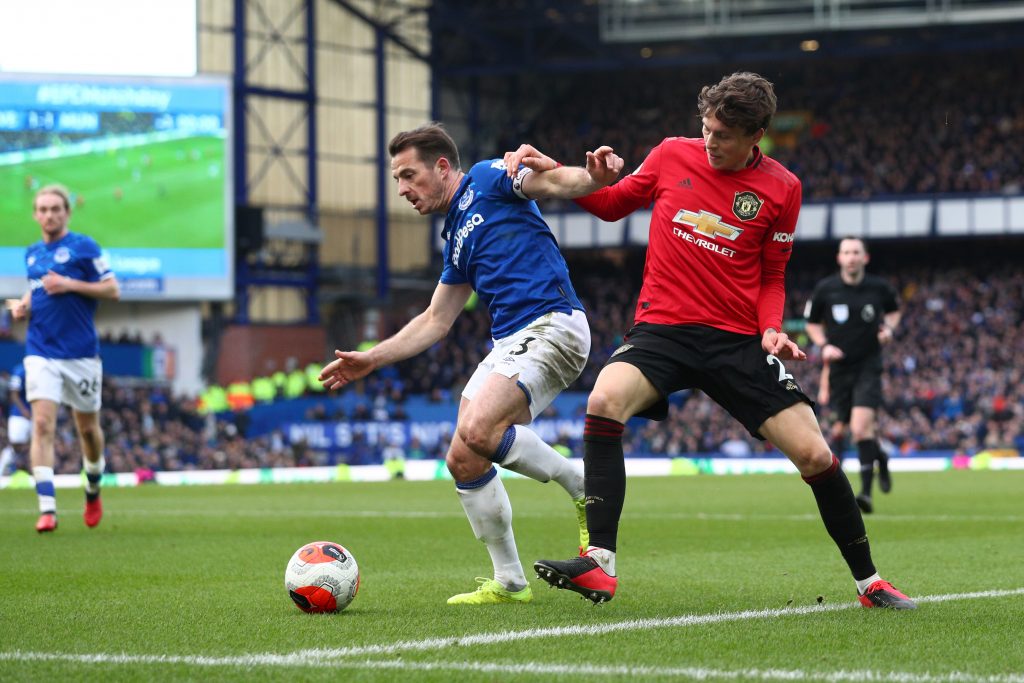 Everton boss Carlo Ancelotti has insisted that the club is planning to offer a new contract to Leighton Baines.

The Italian wants the 35-year-old to extend his Everton career into a 14th season.

Baines, who has only made five appearances in the Premier League this season, has been impressive in recent games in the absence of Lucas Digne.

The left-back, who made his 417th appearance for the club in Sunday’s 1-1 draw with Manchester United, has a contract at the club till 2020. However, it seems, Ancelotti is willing to offer him a fresh new deal.

Many Everton fans have taken to social networking site Twitter to express their reaction. Here are some of the selected tweets:

Boss news this. Big banner in the Gwladys should be planned for when he signs ✍🏼 @GwladysSt1938 👀 do ur thing lads

What a servant he’s been pure quality

Positive move. Wish we did the same for Jagielka last season

Would be a great addition, assuming he would want to take that route.

Baines was summoned to face Arsenal following a calf injury to Digne, who could return to action in Everton’s Premier League visit to Chelsea this weekend.

It will be a brilliant move from Everton and Ancelotti. Digne has been brilliant for the Toffees, and Baines has proved that he is still good enough to play consistently at this level.

He will be a very good back-up option, and at least for another season, Ancelotti won’t have to scratch his head to solve his left-back area. The money can be spent elsewhere in bolstering the squad.