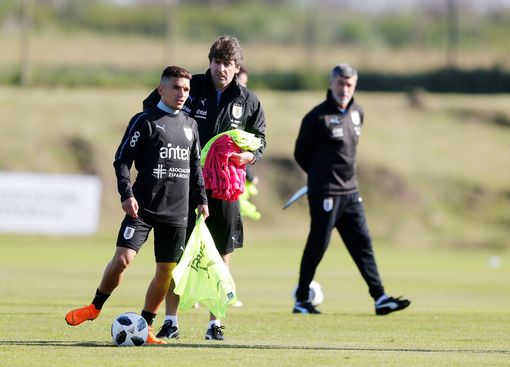 As per the reports (translated by Daily Mirror), Arsenal are keeping tabs on the Sampdoria midfielder as well and his suitors will have to trigger his release clause if they want to sign him.

The 22-year-old defensive midfielder has a €25m release clause and the likes of Everton should have no problems paying that.

Torreira is very highly rated around Europe and signing him would be quite a coup for the Toffees.

The Serie A star will improve them defensively and he will help them control games better. Alongside the likes of Davies and Sigurdsson, Torreira could form a vital partnership at the heart of Everton’s midfield next season.

The likes of Juventus and Napoli are thought to be keen on the player as well.

Torreira is currently going to the World Cup with Uruguay and his suitors will have to wait until July to land him.

It will be interesting to see where the midfielder ends up eventually. Everton will have to do their best to convince him especially with the likes of Arsenal sniffing around.