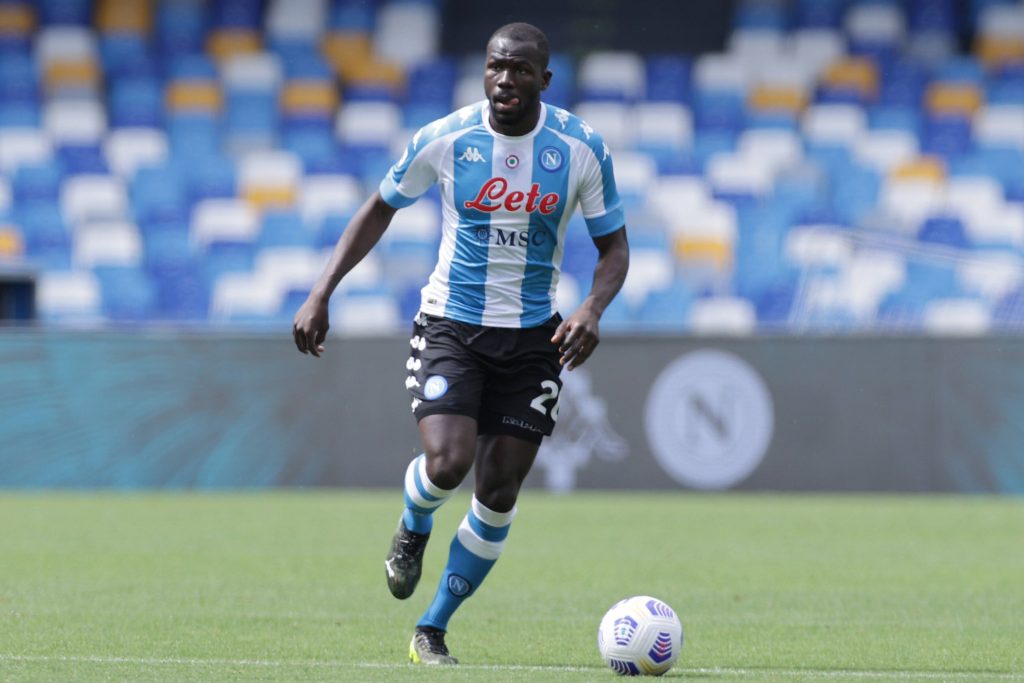 Everton could sanction the sale of Mason Holgate this summer to part-fund the transfer of Napoli defender Kalidou Koulibaly, Football Insider reports.

The Toffees have been impressive in Carlo Ancelotti’s first full season in charge, but their home form has cost them a top-four push.

Their defensive performances at Goodison Park have been questionable, and the Italian may look to upgrade his options ahead of next season.

It is now reported that the Toffees are open to parting company with Holgate, who only signed a five-year deal with the club last year.

Ancelotti has not been fully convinced by the Barnsley graduate, and the club are lining up a top-class centre-back to replace him.

Kalidou Koulibaly is reportedly the top target for Ancelotti, and part of the funds for the transfer could be recouped from Holgate’s sale.

Ancelotti dismissed a potential move for Koulibaly earlier this year by citing that the Senegal international is only a ‘good friend‘.

However, there remains speculation that the Toffees are interested in the defender, who previously worked under Ancelotti in Naples.

Ancelotti has regularly rotated his centre-backs, and he is still trying to find the right combination for the Toffees for the long term.

Aside from Holgate, Mina has also been linked with a summer exit, and there could be at least one addition in the central defensive department.

Koulibaly will turn 30 next month, but he continues to remain one of the most sought-after defenders with his commanding influence in the box.

He has been linked with a Premier League move on multiple occasions, but the price has always proved the stumbling block towards a deal.

With two years left on his contract, it has been reported that he could be available as low as £43 million in the next transfer window.

Manchester City, Manchester United and Barcelona are keeping tabs on him, but Ancelotti’s presence could boost the Toffees’ prospects of signing him.

Read: Everton in contact with the representatives of Bayer Leverkusen midfielder Moussa Diaby.