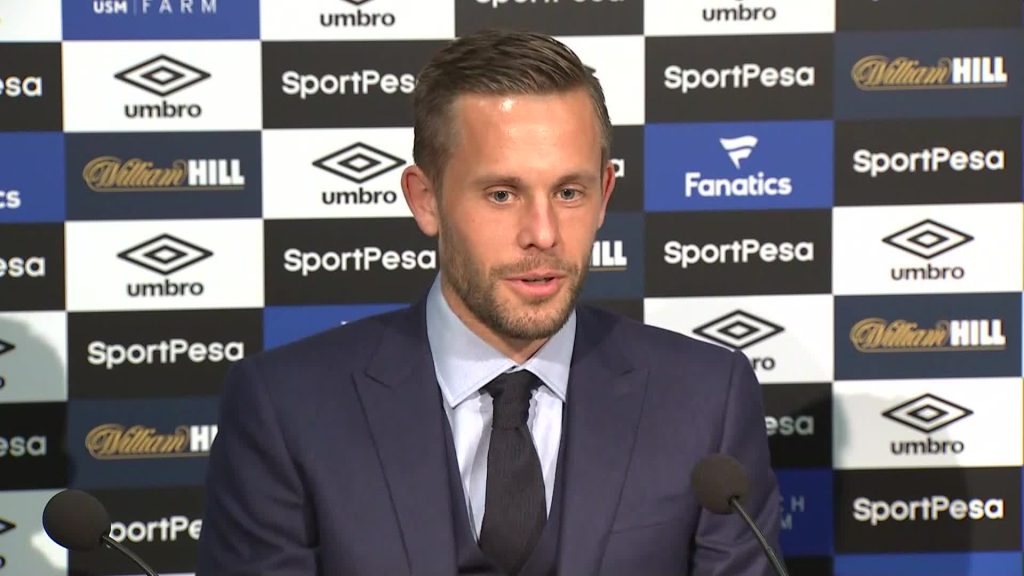 Ronald Koeman praised the impact of new signings Gylfi Sigurdsson and Jordan Pickford as Everton progressed to the group stages of the Europa League on Thursday.

Sigurdsson bagged a stunning long range goal, while Pickford saved a penalty as the Toffees drew 1-1 with Hajduk Split to complete a 3-1 aggregate victory.

“I saw Gylfi’s goal, but I don’t think everyone on the bench did,” Koeman told the club’s official website.

“It was incredible – I don’t have any other word for it.

“You need to be really clever to see that possibility and, after two or three weeks of the season, it could be the goal of the season.

“It was really important to be level so quickly in the second half.

“We dropped a little bit in the first half to be compact, but I thought we did well from the start.

“The goal just before half-time made it difficult, but before that neither side created many chances.

“The penalty save was key as well because there were still 30 minutes to go at that time.

“Jordan is showing that we made the right decision to sign him. He is still a young goalkeeper and I have been really impressed by what he’s done from day one here.