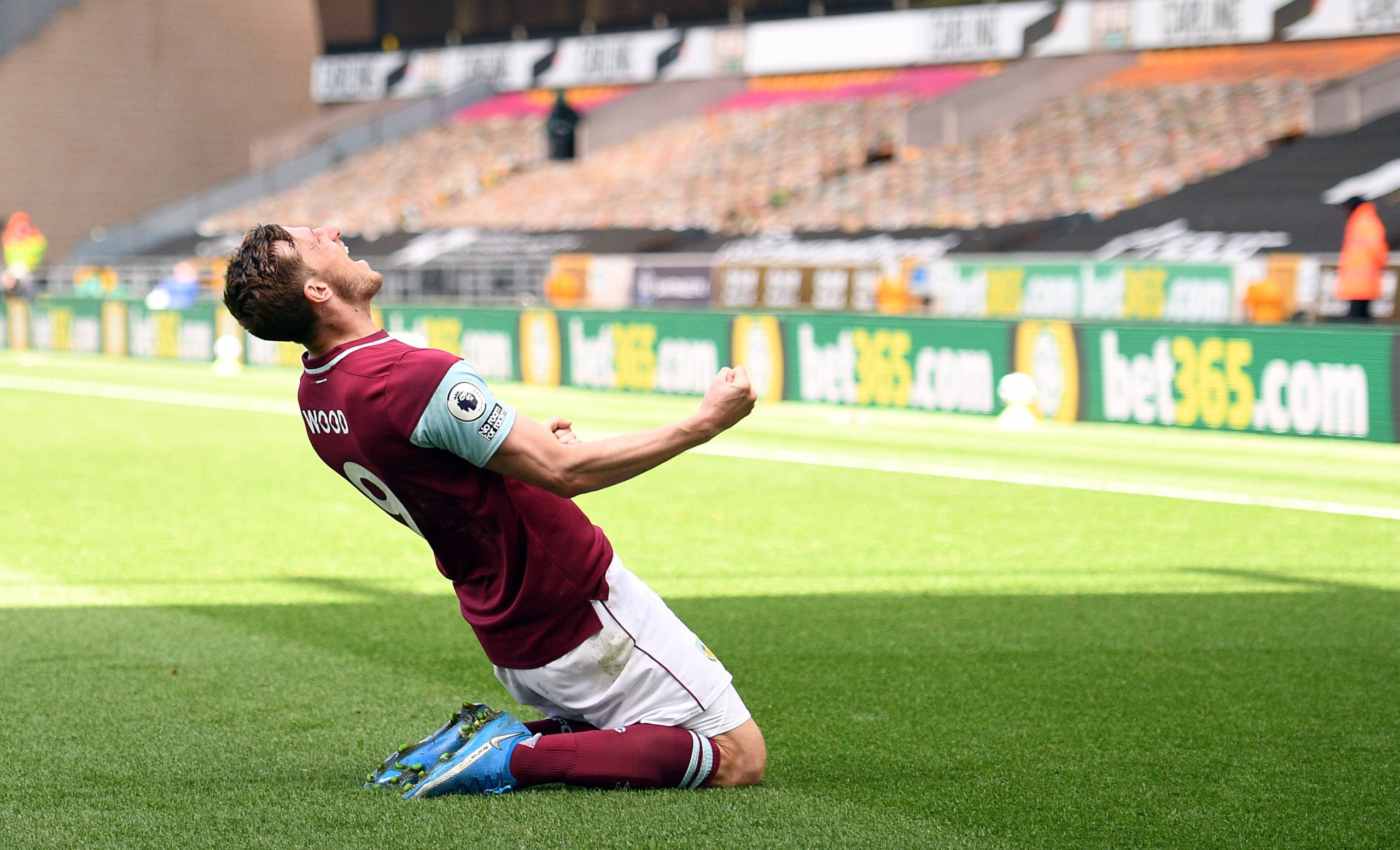 He joined the Clarets from Leeds United in 2017 and has since established himself as a solid Premier League performer.

According to Mirror, Villa manager Dean Smith believes that the 29-year-old would be the ideal option alongside Ollie Watkins next season.

The Midlands club could use some depth in the attacking department, and the experienced Burnley forward could prove to be a quality addition.

Meanwhile, the Hammers need to improve their attacking options, and Wood would be a quality alternative to Michail Antonio.

Everton are also keeping tabs on his situation, but they are waiting to finalise their managerial appointment before following up their interest in Wood.

The player will cost more than £25 million this summer, and with two years left on his contract Burnley are under no pressure to sell.

If one of Wood’s suitors can convince Burnley to sell the forward, he would add a new dimension to their play.

Wood can operate as a target man, and his signing would give any of the interested clubs some much needed tactical flexibility.

However, it is debatable whether any interested clubs will view the asking price for a player approaching his 30th birthday as sensible business.

Read: Everton leading the chase for Serie A defender.