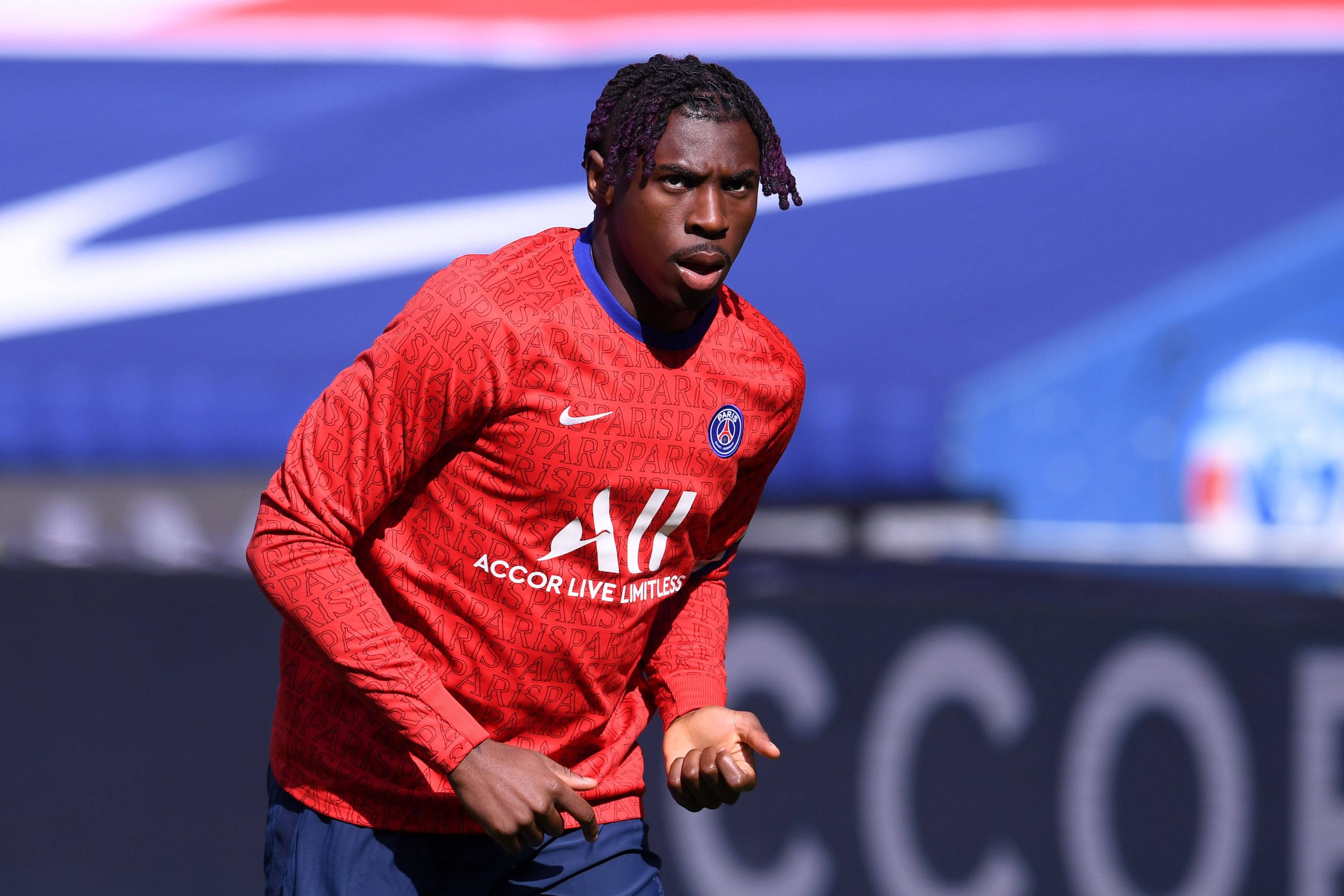 Everton have set an asking price of between €45-50million for Moise Kean, with Paris Saint-Germain opening talks with the player’s agent.

Kean joined Everton back in 2019 but failed to make an impact under both Marco Silva and Carlo Ancelotti.

The Italian scored just two goals in 33 appearances for the Toffees before leaving on loan to PSG last summer.

While it was expected Kean would only be used as a rotation option he has exceeded expectations, scoring 18 goals in 40 appearances across all competitions.

As a result, Kean has been heavily linked with a permanent move to the Parc des Princes.

Journalist Nicolò Schira has now claimed Everton have set a massive fee for Kean, and agent Mino Raiola has opened talks with PSG over a five-year deal.

Schira also claims that Kean is happy in Paris and wants to stay, which could force Everton to sell the player.

The Toffees signed Kean for a reported £25.1m in 2019, and their asking price would represent a huge profit for a player who failed to impress at Goodison Park.

#PSG are working to sign Moise #Kean on a permanent deal. The italian striker is happy in Paris and he would like to stay. #Leonardo and his agent Mino #Raiola are in talks for 5-years contract. PSG want to reach an agreement with #Everton, which ask €45-50M. #transfers #EFC https://t.co/pDgrorJUov

SL View – Is Kean worth that much?

Based on what we saw during Kean’s time at Everton, the Italian would not be worth the reported figures.

However, Kean has only recently turned 21 which puts the Toffees in a strong negotiating position.

With four years left on his current deal at Goodison Park, Everton would undoubtedly be happy for Kean to return next season and fit into Ancelotti’s squad.

As a result, PSG will be forced to pay over the odds for Kean if they want to keep him permanently.

Despite a fairly large asking price, that could still represent a good price if Kean fulfils his immense potential.

Read Also: Moise Kean’s brother claims it is difficult to imagine him at Everton again.