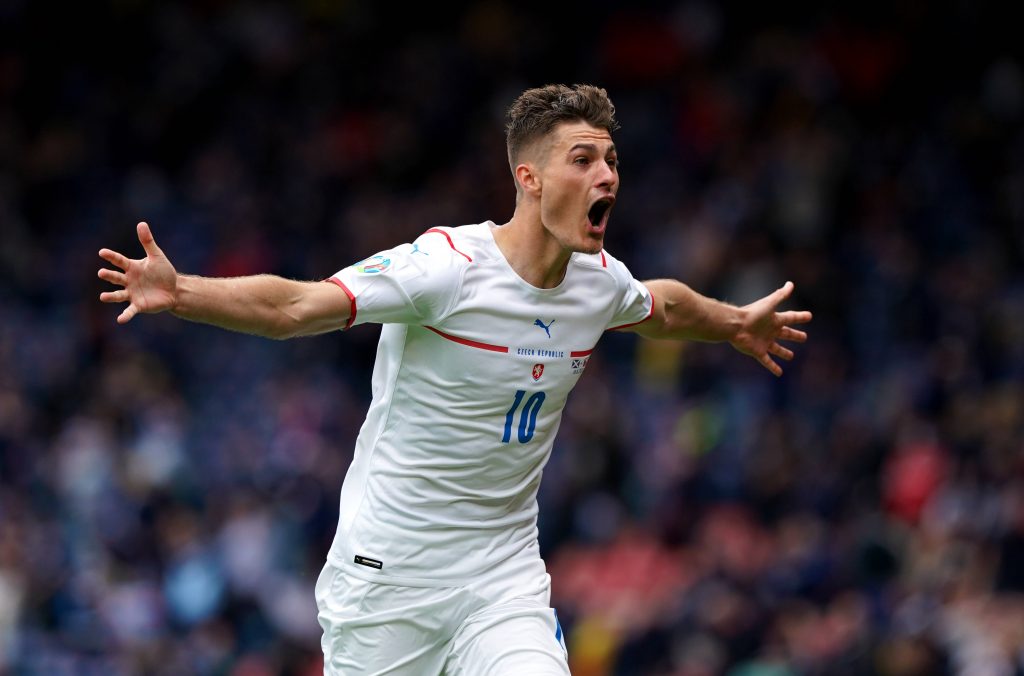 Tottenham Hotspur and Everton have been linked with a move for Bayer Leverkusen striker Patrik Schick.

The 25-year-old had an impressive season with the German club last year, bagging 13 goals in all competitions.

He has followed it up with some outstanding performances for his country at the European Championships.

Schick has netted five goals with the Czech Republic, and it unsurprising that he is being linked with a move to the Premier League.

Both Tottenham and Everton could use some attacking depth, and Schick could prove a quality addition.

According to Gazzetta dello Sport, the player could cost around €40 million. 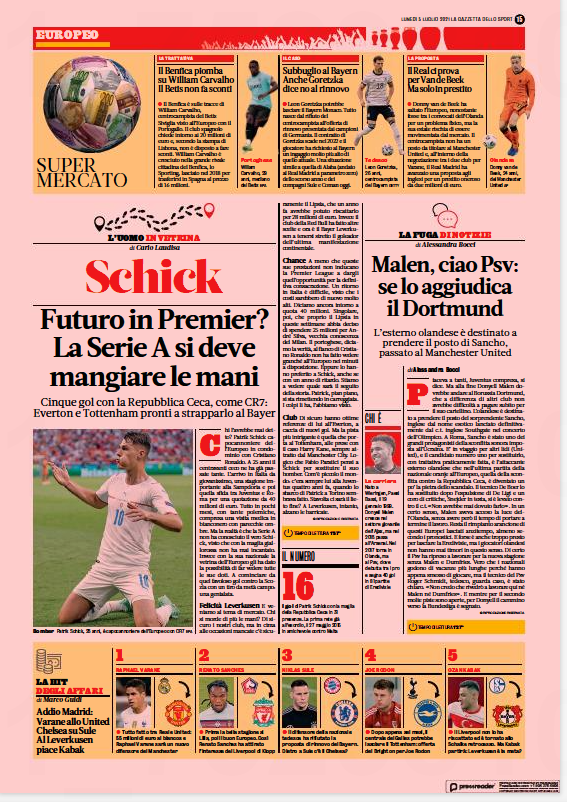 Leverkusen paid around €28m for the striker last summer, and it is understandable why they would want to make a considerable profit on him.

Spurs need to bring in a striker who can complement Harry Kane, and Schick would be an ideal fit.

With regards to Everton, Dominic Calvert-Lewin is the only reliable goalscorer at the club, and they must look to add more depth if they want to push for European qualification.

Both clubs undoubtedly have the resources to pay the reported asking price for Schick.

However, €40m is probably too steep, and they will be hoping to bring down the asking price through negotiations.

Read: Tottenham linked with a move for 29-year-old forward.