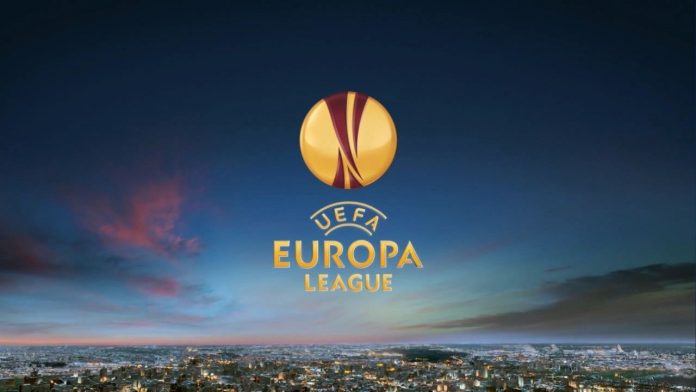 The Europa League 2016/17 campaign begins on Thursday and several European clubs will be eyeing their way back into the Champions League by doing well in this competition.

Defending champions Sevilla are not a part of the competition this year. Los Nervionenses have qualified for this season’s Champions League automatically after winning the Europa League last season.

Manchester United are being tipped as firm favourites to win the trophy this season. The Red Devils missed out on Champions League qualification under Van Gaal last season.

Here at Soccerlens, we look at some of the key matches from the opening week of the Europa League group stages.

Manchester United will begin their Europa campaign with a trip to Rotterdam this week.

Both sides are in very good form, despite United’s defeat against City. Mourinho is expected to rotate heavily this week and it should be an even contest.

Roma takes on Viktoria Plzen in their opening group game and the Italians will be looking to get their season back on track with a win here.

Roma have had a very poor start to the season and have failed to win three of their last five matches.

Meanwhile, Plzen are undefeated in their last four matches and will look to pull off a shock result here.

Villarreal will be desperate to make amends for their shocking display in the Champions League qualifier this season.

Defeat against Monaco in both legs ensured that the Spanish side will stay in Europa for this season.

Zurich have had a superb start to their domestic season and will be hoping for another weak performance from Villarreal when the two sides meet tomorrow.

Southampton are still finding their feet under Claude Puel and will look to start their European campaign on a positive note here.

They have failed to win any of their last four matches and will be desperate to pick up their first home win of the season.

Sparta, on the other hand, have had an excellent start and are unbeaten in their last five.

This should be an exciting contest between two evenly matched sides.

Inter Milan begin their Europa campaign against Hapoel Sheva tomorrow and they will be hoping for a win here.

Hapoel will fancy their chances after their impressive performance against Celtic earlier this summer.

Nice have made a very good start to their league campaign and will be hoping for more of the same in Europe.

They face German side Schalke in the Europa League tomorrow.

Schalke have lost their last two matches and will be determined to bounce back with a win here.

Nice will be confident of getting a result after their thrilling 3-2 win over Marseille at the weekend. New signing Mario Balotelli managed to get on the score sheet and will look to make his mark here.

Feyenoord have scored 15 goals in their last 5 matches and Manchester United have scored in all of their matches so far. Over 2.5 (17/20 with Ladbrokes) goals in this game seem like a good bet.

Southampton are still winless and Sparta are undefeated this season. The away side are 19/4 to win the game.

Plzen have conceded 4 goals in their last 3 games and Roma have conceded 7 times in the same number of games. Both teams are likely to get on the score sheet at 8/11.

Schalke have lost back to back games and Nice will fancy their chances. The French outfit are 15/8 to win the game.