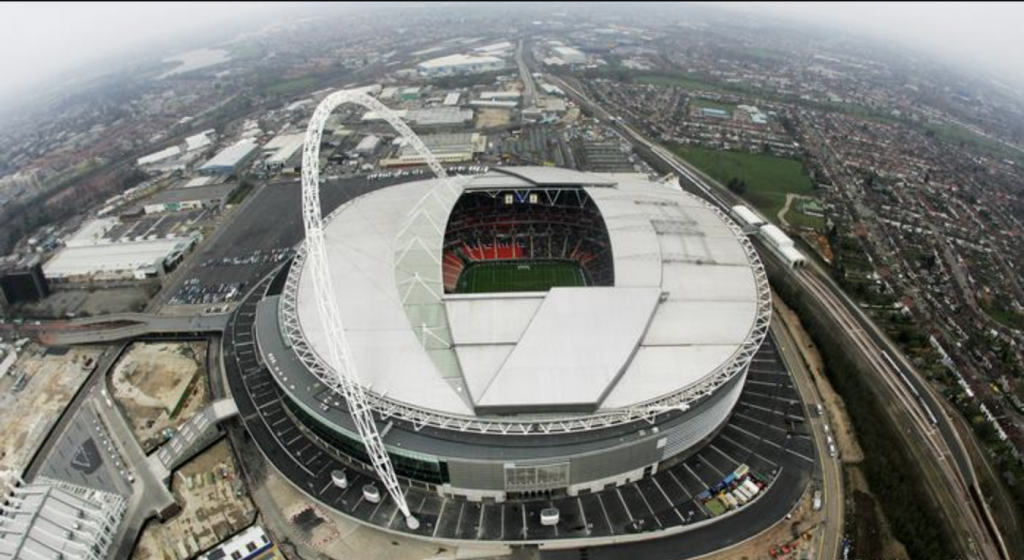 Euro 2020 will be hosted across 11 stadiums in 11 different cities across Europe.

Below, we look at all Euro 2020 stadiums, which games they host and key facts about the Euro 2020 venues and host cities.

The 52,500-capacity arena was the largest soccer stadium in the world until the Maracana in Rio de Janeiro opened in 1950.

Hampden Park, usually home to the Scottish national team, will host three group games and a round of 16 match at Euro 2020, although Scotland’s game against England will take place at Wembley.

The stadium, named after one of Hungary’s best soccer players, is where the Hungarian national soccer team plays most of its home games.

In recent weeks, the stadium has often been an alternate venue in the Champions League — for RB Leipzig and Borussia Mönchengladbach, among others.

At the European Championship, three group matches and one round of 16 match will be played here.

Because the city’s two major soccer clubs — Real Betis and Sevilla — have their own stadiums, soccer games are rarely played at the Estadio Olimpico.

It seats 57,619 spectators. Bilbao was originally planned as the venue but was dumped by UEFA because the Basque regional government could not guarantee the presence of spectators during the coronavirus pandemic.

It has a capacity of 55,600 and hosts the international matches of Romania. At Euro 2020, three preliminary round matches and round of 16 games will be played here.

The 52,960-capacity arena, named after Holland’s famous number 14, is one of the most innovative stadiums at the European Championship.

The arena has a retractable roof and is equipped with special lights that control the growth of the grass. It already played host to matches at Euro 2000.

Twenty-one years later, Amsterdam will host three group matches and a round of 16 game.

Home of Danish giants FC Copenhagen, Parken is one of the smallest stadiums at Euro 2020, with just over 38,000 seats.

The impressive infrastructure of the city and the modern nature of the stadium were in its favour, though. In the inaugural match at the stadium in 1992, Denmark lost 2-1 to Germany in a friendly.

This time, three preliminary round matches and a round of 16 match are planned.

The Kretowski Stadium in St. Petersburg, also known as the Gazprom Arena, was built for the 2018 World Cup.

The arena seats 69,000 spectators and stands on the site of the old Kirov Stadium, which was demolished in 2006.

The construction costs were immense, at around €930 million. The arena will host three group matches and a quarter-final in 2021.

The new National Stadium of Azerbaijan, which opened in March 2015, holds 69,870 spectators.

It replaced the small Tofik Bahramov Stadium as the home ground of Azerbaijan’s national team.

In 2019, Chelsea won the Europa League final here against Arsenal. At Euro 2020, Baku will get three group games and a quarter-final.

The Olympic Stadium in Rome seats 72,700 but needs renovation. In 1987, the Athletics World Championships were held in this stadium, as well as the 1990 World Cup.

It was the venue for the German team’s successes in the 1980 Euros and at Italia 90. Three preliminary round matches and a quarter-final will be played in Rome.

The Allianz Arena is the pride and joy of Bayern Munich. Built as a pure soccer stadium with a capacity of 67,812 seats, it meets UEFA’s highest standards.

The stadium’s illuminated oval-shaped outer shell is worth seeing. During the Euros, Munich will host the three first-round matches of the German national team, plus a quarter-final.

Final in London! With 90,000 seats, the rebuilt stadium in Wembley will be the largest arena at Euro 2020.

Even if the historical splendour of the “Old Wembley” has gone, its replacement is still imposing.

In addition to three group games and a round of 16 match, both semi-finals and the final will also take place here. But will England still be there?