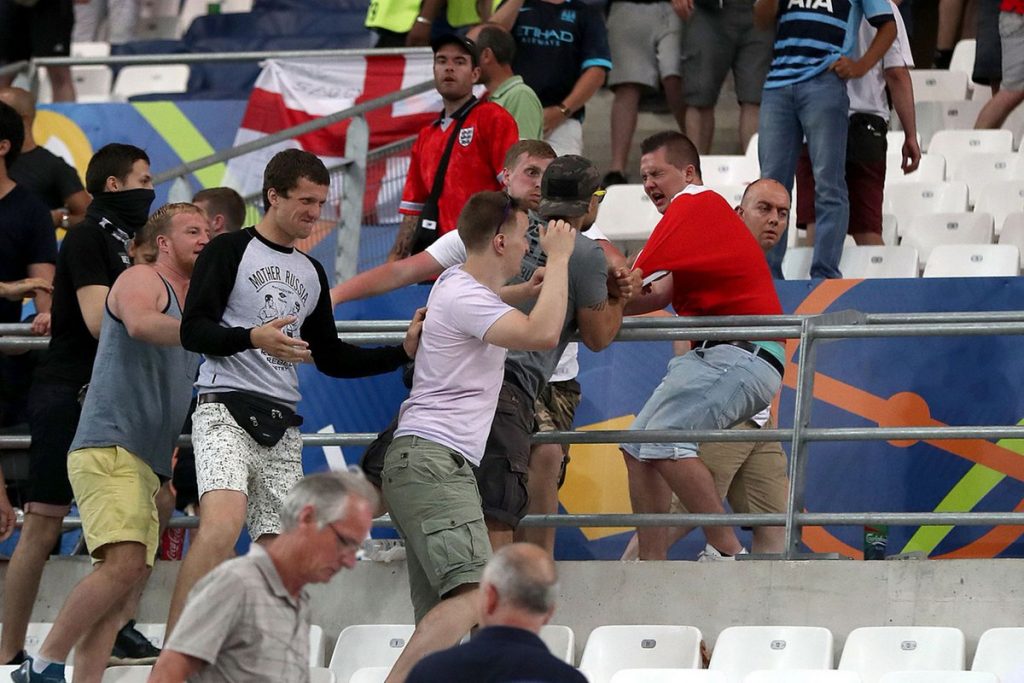 Two England supporters were left seriously injured in Marseille after violent clashes erupted with rival fans before and after Euro 2016’s group match between England against Russia.

Before the game, security forces had to fire tear gas to disperse fighting fans for a third day in a row.

The British ambassador to France said early on Sunday that a number of other supporters were also left in the hospital as a result of these clashes.

There were running battles between England and Russia fans in the old port area in Marseille before the match, but trouble began even in the stadium at the end of the 1-1 match.

The videos and images show England fans trying to flee a section of the stadium after being charged by a group of Russian fans, who had set off fireworks and made their way through a line of stewards after punching them.

Police had to rescue one 51-year-old fan after he was  left unconscious due to an attack by Russian fans which witnesses claim was done by a small axe, leaving his head bleeding “like a tap”.

UEFA will open disciplinary proceedings over the Stade Veledrome violence, and Russia is likely to face some very strong sanctions.

There were also reports of attacks on Northern Ireland football fans by local “ultras” in Nice, where the side will play Poland on Sunday.