Before Roy Hodgson names his 23-man squad for The Three Lions’ Euro 2016 qualifier against Slovenia, EA Sports using EA Sports Player Performance Index (PPI) has made a probable 23-man squad based on statistical performance this season.

The squad is selected based on English players in each position that have accumulated maximum points in the EA Sports Player Performance Index this season. The point system is based on several criteria where it measures a player’s all round contribution to the success of his team. 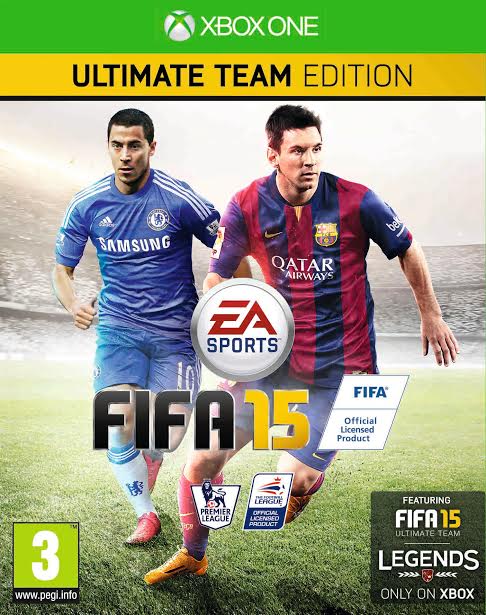 Let us take a look at the indices based on points being given:

Winning performance: A player receives more point if he belongs to the winning team and participate in the full 90 minutes.

Player’s performance per match: Players get more points for their positive influence on the team like winning tackles, shots on targets, making saves etc, whereas points are deducted for negative actions such as shots off target and receiving yellow and/or red cards.

Appearances: The concept here is simple: more minutes on pitch, more points on your table. The number of points won by ALL teams in the Barclays Premier League are divided among the players according to the number of minutes they have played.

Assists: Chelsea midfielder Cesc Fabregas is currently lying fifth in the PPI table; he has as many as nine assists in the league.

Clean sheets: Points are given to every player if a team manages to keep clean sheet in the match. More points are allocated to the goal keeper in that case.

Now, based on all these criteria, let us take a look at how England players in their respective positions are performing at the moment and thereby can claim their places in Roy Hodgson’s 23-man squad.

Joe Hart has been the #1 choice for England for the last few years, but he faces strong competition from others. Fraser Foster, who averages 3.6 saves per goal conceded, has only conceded five goals and should become the new first choice goalie for England.

Southampton’s outstanding performance in the league has been built on rock solid defences. Based on the PPI, two of the four full backs are from their squad. Both Nathaniel Clyne and Ryan Bertrand have been impressive and they should be in Hodgson’s squad against Slovenia. 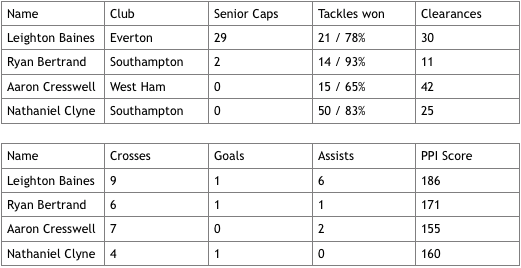 In absence of Phil Jones, who remains perennially injured for Manchester United, Chelsea’s Gary Cahill and Everton’s Phil Jagielka should retain their places at the heart of defence. 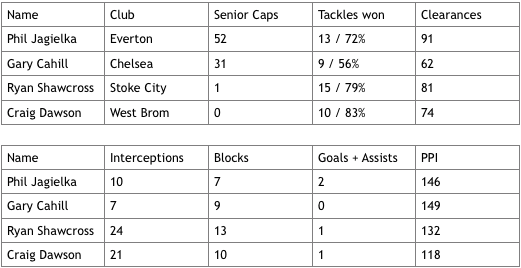 Wayne Routledge and Nathan Dyre have completed 114 and 115 passes in the opposition half and deserves call for the national team. Liverpool manager Brendan Rodgers has hailed Raheem Sterling as the best winger in the world in his age, while former Liverpool winger Stewart Downing has rediscovered his form at West Ham.

According to EA Sports PPI, Liverpool’s Jordan Henderson is the top performing central midfield player, but there’s no place for Arsenal’s Jack Wilshere. 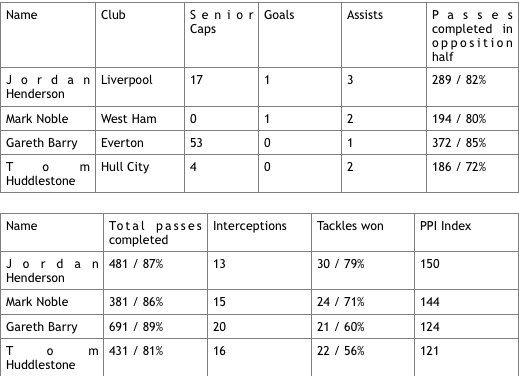 Liverpool’s Daniel Sturridge didn’t play a single match since he got injured in August and he is yet to return to full fitness. West Brom’s Saido Berahino and QPR’s Charlie Austin have impressed recently. 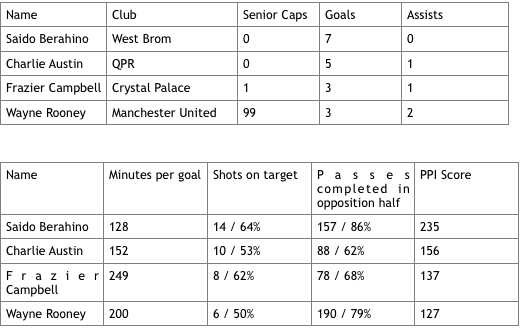 The final 23 player squad as per EA Sports is: