An overwhelming sense of expectation, fifty years of hurt finally put to rest. And yet, in the back of our minds this fairytale was never going to conclude with the Three Lions roaring into the annals of sporting immortality alongside our 1966 heroes.

The year of the underdog continues to evolve. England’s catastrophic failure heightened by their numbing last 16 loss to the Antarctic spirit of Iceland – the smallest nation to ever compete in the European Championships.

This was not even a glorious failure, not even close.

It was arguably the worst performance of any English team in history – a phlegmatic display of uninspired proportions, constant frustration and an impassive premonition of urgency.

I just can’t seem to fathom how such promise could rapidly deteriorate into a whirlwind of exasperation?

All first-hand accounts, photos and videos were provided by Andy Clark of Thatsagoal.com.

Despite the tragic events that have occurred in France over the past 12 months, the foundations of this tournament have been based on the principles of solidarity, faith and restoring pride in a nation still recovering and reeling from its deep loss of life and honour. My profound optimism for my own country and the expansive security that was visible to the human eye overpowered and provided additional reassurement to the underlying tremor that existed. 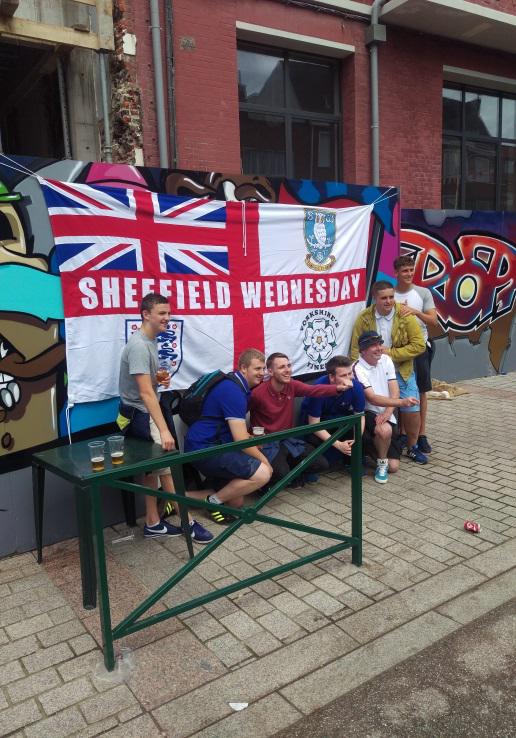 Never has a country or the beautiful game needed a tournament to flourish and triumph like Les Bleus. Introspectively, I remember rolling into Paris on the Eurostar and harbouring thoughts that were tantamount with this notion – the only disparity being that my triumphant utopia correlated to the aspirations of Roy Hodgson’s side. England has succeeded in so many other sports, but our national football side has so often been the antichrist – the side you can count on to let you down.

Not since Charlton, Banks and the late, great Sir Bobby Moore has an England side needed to light up a tournament more. Even if we were going to fall agonisingly short, I felt that at the very least we needed to capture the hearts of the nation again – many of whom have become disenchanted with the underperforming England team and the frequent nonsensical decision-making of the Football Association (FA).

Flawless in qualifying and boosted by the exuberance of youth who had inspired pre-tournament victories over the hosts at Wembley, along with a morale-boosting comeback in Berlin from two goals down against the World Champions, I doubted there was going to any other side in the competition who could vaunt such perfect preparation – that’s if such a commodity exists. It was simple. All we had to do was take this form with us into France and out onto the hallowed turf. I had always dreamed of seeing my national team lift a major honour. Our time had come, or so I dreamed. 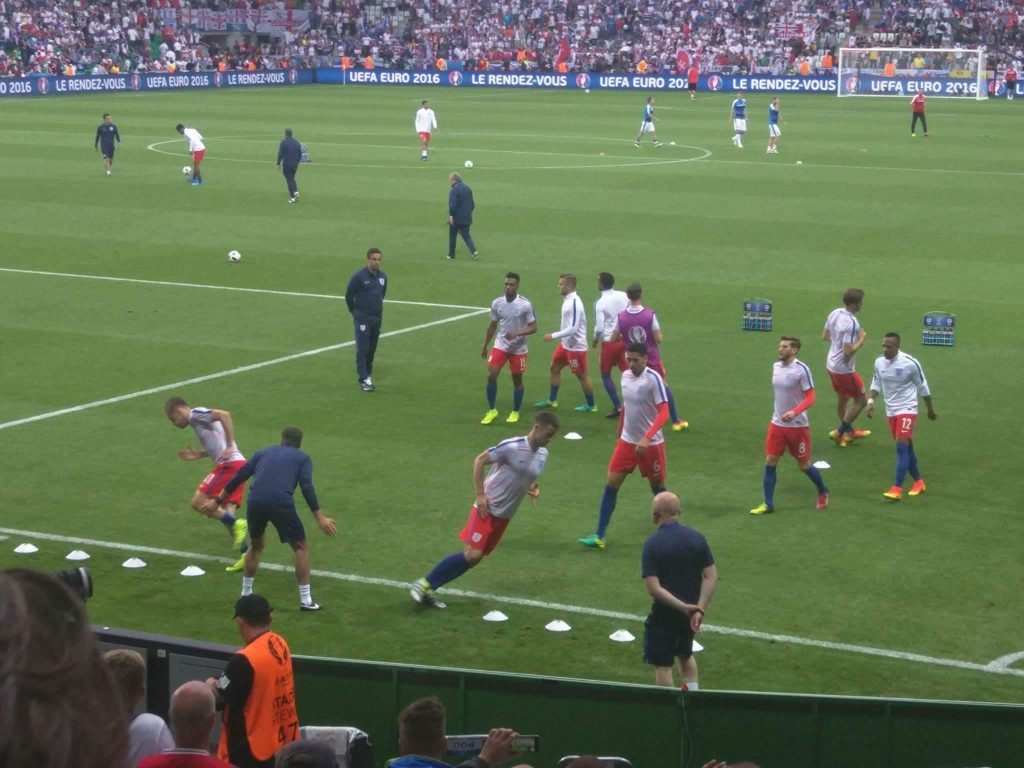 The opening night of the tournament had begun with a fitting finale as sentiment and tears circled around the Stade De France thanks to a moment of magic from the supremely gifted Dimitri Payet in the dying minutes to overcome a plucky Romanian side.

It was England’s turn the following day, but sadly I was not one of the lucky supporters who managed to grab tickets for our match against Russia. On the pitch we were not blessed with much luck either.

Make no mistake, Russia were a poor side – in many people’s eyes the worst in the tournament. We looked threatening every time we went forward. As an ardent England spectator, it was a pleasure to see our side play with such freedom and energy. It all looked so promising; especially after Eric Dier gave us the lead with just over a quarter of an hour left.

I genuinely cannot remember the world’s largest country even remotely troubling us. We dominated and were mere seconds away from a priceless three points until a lapse in concentration saw Vasili Berezutski score a dramatic late goal to earn a share of the spoils. It was a cruel finish for Three Lions and looking back now, I wonder what significance that header had on our players for the rest of the tournament.

The morning newspapers were on the cusp of being inked out with headlines lavished with praise and acclaim, only for the devil in injury-time to intervene. Aside from that equaliser, it was one of the finest England performances at a major tournament for some time. Inevitably though, it was all doom and gloom with more questions being asked than answers revealed. Hindsight truly is a wonderful thing. Why did Hodgson decide to take Rooney off? Wasn’t the game crying out for Vardy’s pace after we had broken the deadlock?

I could analyse the different scenarios and wonder what could have been for a very long time, but my journey was far from over, in fact it was only just beginning. 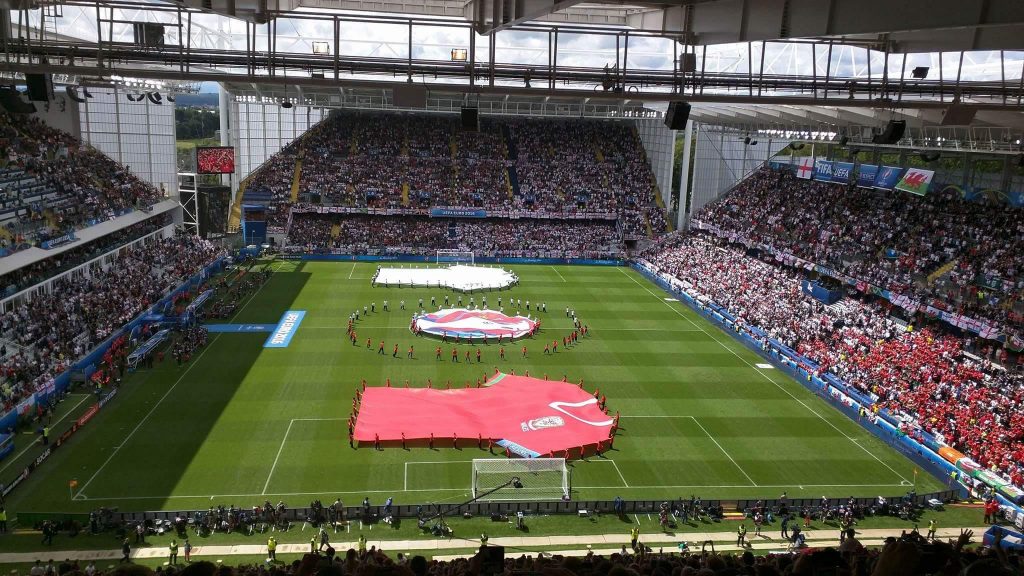 Dubbed by the National Media as the “Battle of Britain”, this was a must-win game for our troops with Wales topping their group after their 2-1 win over Slovakia. A sensational atmosphere had emanated in Lille the night before and relationships between both sets of supporters were extremely amicable.

The provocative Russians were the only country causing serious problems in our region, although a large amount of the apparent violence and disruption was over exaggerated. Russia had fallen to a 2-1 defeat against Slovakia in the earlier hours and in truth, the majority of the night passed off without incident,

By the time the Russian contingent were back in town, both the English and Welsh fans had gathered together in the bars immediately outside Lille Flandres train station. If you believe what the British media said, we had gathered there awaiting the return of the Russia supporters. However, the reality is that the England and Wales fans had been drinking in those exact bars for the whole day, and the whole day previous.

It was a marvellous sight to see two rivals singing and drinking in one another’s company whilst soaking up this incredible experience. Unfortunately, the stories depicted by the British media were not a true representation of the events that unfolded. After all, it is controversial headlines that shift the most copies.

Morning soon came around with fans flocking in their droves to the station and travelling down to the Stade Bollaert-Delelis in the industrial city of Lens. Once again, the atmosphere was unbelievable as both sets of supporters shared songs and exchanged good-natured banter as well as a game of ‘keep-ups’ across the main street in Lens, until the ball wildly ended up on a resident’s balcony. The roar that greeted the local throwing the ball back into our vicinity was deafening and encapsulated the fantastic relationship shared by England and Wales fans.

The noise levels inside the arena were incredible. Even though we dwarfed the Welsh fans in numbers, they more than held their own. The stirring pride in their national anthem made the hairs on the back of my neck stand up and when Gareth’s Bale speculative effort spilt through Joe Hart’s grasp to give them a 1-0 half-time lead, those decibels increased further.

I was genuinely worried. We didn’t possess the same fluency as we did in our opening game, but then again Wales were a much tougher outfit than Russia. They wanted to win this badly. For once, Hodgson called his substitutes correctly as Jamie Vardy got us back on level terms with an instinctive finish and then for the second game of the row, we were involved in injury-time drama. Thankfully, this time it was at the right end from an England perspective as Danny Sturridge toe-poked the ball, causing utter pandemonium and delirium amongst the England fans, players and coaches.

What a memorable day it had been – both sets of fans had been a credit to the beautiful game. I was completely drained, but the Slovakia game was just around the corner and this victory had moved us to the summit of our group. I still believed. 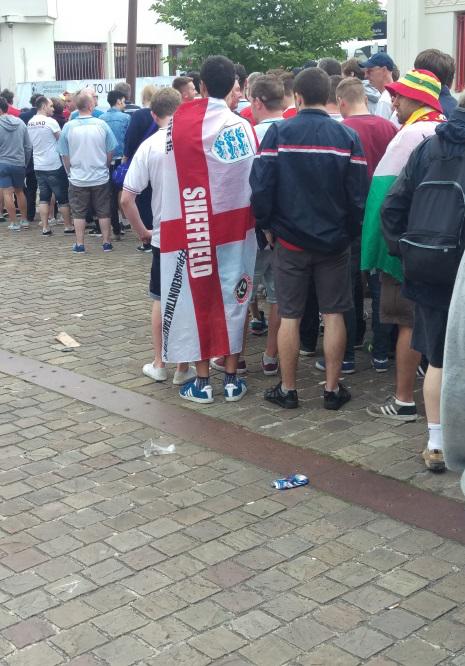 After a few days free of disorder in the beautiful city of Lyon, I caught the train to the pleasant town of St Etienne. It seemed so much calmer. The drinking laws were extremely relaxed with supermarkets selling alcohol for fans to buy and drink on the street. There was a lack of police in the main square, but despite this no trouble escalated.

A brisk walk to the stadium ensued and the lack of security and unorganisation was soon apparent as the authorities were bottle necking large crowds into tiny entrances and then not even applying a proper pat down search when they got to the front. This had been the stage where Croatian supporters had sneaked flares into the same stadium only a few days prior. It was easy to see how.

England made six changes for the game which soon backfired as once again we lacked a cutting edge with an ample amount of opportunities going to waste. The match in many ways resembled a non-event and finish goalless meaning we didn’t top the group after Wales had comfortably brushed aside Russia. The overriding feeling amongst England fans was relief that we had avoided Portugal, but the minnows of Iceland were going to be no pushover, as we were to sadly find out.

My journey in France had come to an end, so I had to watch this apathetic display back home. I was irate and appalled by what I was watching. It didn’t take a genius to work out that Harry Kane was not the man to rely on for a quality set-piece, but apart from Rashford’s four-minute cameo, I don’t think any player can assert that they brought their a-game to the knockout stages.

Funnily enough, our lack of ruthlessness was put to bed after three minutes when Sterling was wiped out in the box and Rooney confidently converted the spot-kick. The match was ours to dictate as Iceland had to come out and attack. However, for the remaining 87 minutes it was nothing short of horrific. Iceland deserved to win. Our defending for both of their goals was laughable and the only part of the itinerary that Roy appeared to prepare correctly was his resignation speech.

I often question the mentality of our player’s when it comes to the crunch and so often they are found wanting. This is evident by our country only registering six knockout wins at major tournaments since our golden year of 1966. Our costly assets froze and Iceland caught us cold – highlighting that the sum of the whole is greater than the sum of the parts.

This was a tumultuous end to a campaign that promised so much and yet delivered so little. Ironically, England have defeated all four semi-finalists at some point in the last 12 months. Ultimately though, it is about delivering when it matters the most.