ESPN UK and Ireland to be acquired by BT in July 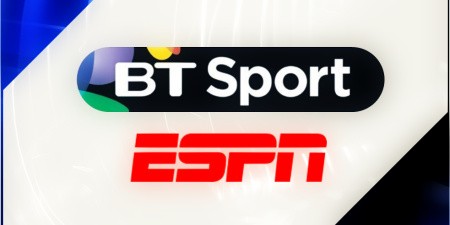 The value of the deal has been disclosed but according to The Guardian, it is believed to be paying ‘low tens of millions’.

Earlier this month, Disney had revealed that it was planning an exit from the UK TV sport market after ESPN lost several big broadcast rights including televising live Premier League football.

BT will continue to broadcast at least one ESPN channel after the deal’s expected completion on 31st July, 2013 as a part of its BT Sport package. However, ESPN Classic will cease transmission across Europe, Middle East and Africa.

The ESPN operation will move from Hammersmith in West London to BT Sport’s headquarters in the Queen Elizabeth Olympic Park in the Stratford in East London.

There are 97 people in the ESPN UK and Ireland staff and all of them have been offered the chance to transfer to BT Sport. However, the current ESPN presenting team’s future is uncertain – most have contracts ending in July.

Until the deal is completed, the services provided to the existing ESPN subscribers will remain unchanged. The Premier League broadcast is anchored by Ray Stubbs while Kevin Keegan is the lead analyst. Jon Champion and Chris Waddle take care of the commentating responsibilities.

BT has already made a huge impact on the UK TV sports rights in June 2012 with a £738 million deal for 46 live Premier League games annually for three years from the 2013-14 season in August.

The ESPN deal will add rights to live matches from the FA Cup (2013-14 season only), Scottish Premier League (until 2017), Europa League and Bundesliga (until 2015) to their portfolio. On top of that, BT will also gain access to United States sports broadcast on ESPN America, including college basketball and football, and NASCAR.

“The FA Cup, Scottish Premier League and Europa League rights will allow us to offer customers of BT Sport even more quality live football, including our first games from the Scottish top flight and our first European competition rights.

“There will also be the best of US sports available courtesy of this deal, which will further broaden the appeal of BT Sport.”

ESPN will continue to work in their UK digital media businesses including ESPN.co.uk, ESPNcricinfo, ESPNFC, ESPNscrum, ESPNF1 and the ESPN Player broadband streaming. ESPN Classic and ESPN America will cease transmission in Europe (except in the UK), Middle East and Africa.

“We could not be more proud of the TV channels built and nurtured by our talented team over the past four years.

“The value of that hard work is reflected in this deal with BT and the continuation of ESPN on television screens across the UK and Ireland.

“The same passion, commitment and innovation will be at the heart of how we develop our strong digital media business into the future.”