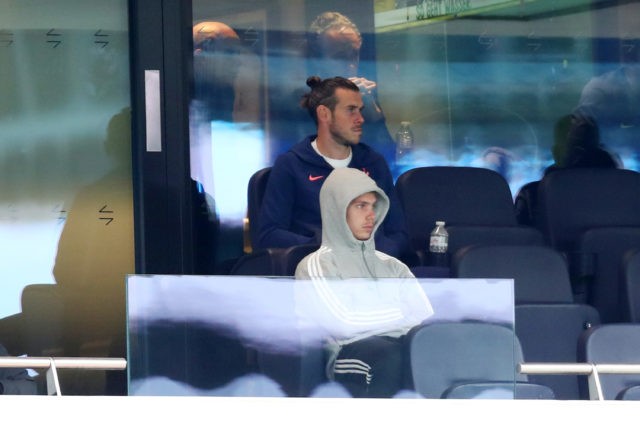 Eric Dier has told Tottenham Hotspur’s official website that he is seriously excited about the prospect of playing alongside Gareth Bale this summer.

Bale joined Tottenham from Real Madrid in the summer on a season-long loan, and it has been arguably one of their most exciting transfer coup in recent years.

The Welshman is currently injured and he is yet to feature for Spurs since his return to the north London club.

However, Dier is exciting about linking up with the Welshman in the near future.

“Excitement, I think Spurs fans are very excited to have him back. I wasn’t here the first time he was here, but I remember watching from afar and the incredible moments he had here at Tottenham. Hopefully, he can have a few more this time around,” Dier said.

“He is the most successful British player of all time and it’s great to have him.”

Bale fell out of favour under Zinedine Zidane at Madrid. He will be looking to get back to his best form at his old club.

His return to fitness is not expected to be far away. The winger is likely to be available for selection after the upcoming international break.

Bale should improve the quality of their offensive options even further, and Spurs are expected to mount a serious challenge for the top four this season.