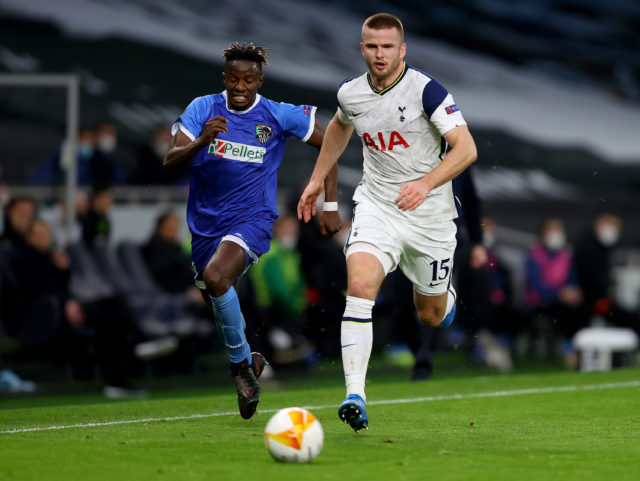 Eric Dier has suggested that he is happy with his performances this season.

The 27-year-old midfielder-turned-centre-back has come under strong criticism from fans and media for his recent performances.

He has struggled with defending and made glaring errors as Spurs lost their grip in the top-four race.

Dier was at fault for West Ham United’ first goal during Tottenham’s 2-1 defeat against the London rivals in their last Premier League game.

Earlier this month, Spurs boss Jose Mourinho, who is known for criticising players in public, claimed that Dier is probably suffering from a dip in confidence.

Mourinho, as quoted by The Guardian, said: “I have to admit that recently our team makes little important mistakes that are punished in terms of our results.

“And Eric was there, he was one of them. They feel it. And I believe confidence, that drops a little bit.”

Dier has now claimed that he feels he hasn’t been “in a bad place all season”, suggesting he has been wrongly singled out when the entire team struggled as a unit.

“Confidence-wise I don’t feel I have been in a bad place all season,” he said, as quoted by Football London.

“I have gone through periods where I have had low confidence in the past so I know what it feels like. I haven’t felt that this season.

“Things have been taken out of….the most important thing is the reality and people’s perception versus reality can be different sometimes.

“I am talking about football in general. We have gone through a difficult moment, but it is important to keep things in context.

“I have been happy with my level for the majority of the season. There has been a dip in it which correlates with the team in general and the performances in general.

“I don’t think my confidence has been in a negative place where it has been in previous times.”

Spurs have lost five times in their last six Premier League games, and Mourinho should stop chopping and changing his defence now.

Jamie O’Hara recently claimed that the partnership of Dier and Davinson Sanchez is one of the worst in the league.

Mourinho must find a reliable centre-back pairing until the end of the season, or the same problem will persist.

In other news, check out the best bits from Jose Mourinho’s pre-match presser ahead of the Burnley clash.

Mourinho has admitted today that he got it wrong with his assessment on Dier.

🗣"I was wrong over Dier comments"

Tottenham head coach Jose Mourinho admits he was wrong to blame Eric Dier's poor form on a lack of confidence after the defender rejected those claims pic.twitter.com/wF6RJWN5xv