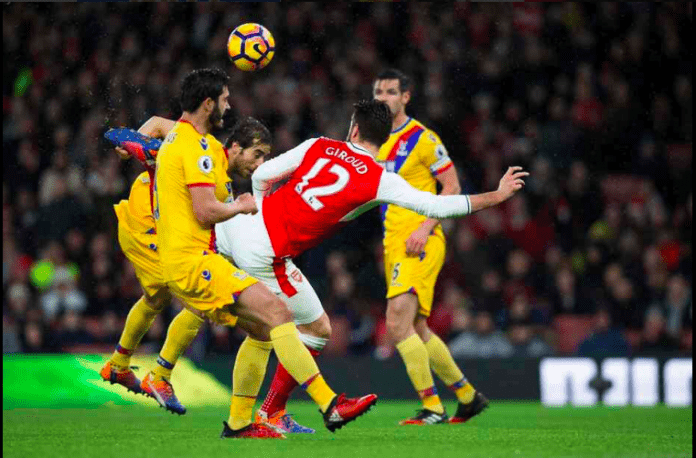 Safe to say, Tottenham was expected to do very well this season after their performance in the last campaign. Mauricio Pochettino‘s men got a good start, but they failed to build on that and stumbled as the season progressed.

Much to the relief of fans, Spurs have picked up again and are playing in a delightful fashion. Building on the positive win against Southampton, they demolished Watford 4-1. Their performance was highly impressive and was further aided by Watford’s energy-less and lax display. Harry Kane and Dele Alli, who scored twice each, were both brilliant. What was even better was the fact that both assists for Kane’s goals came from Kieran Trippier, providing a timely reminder that the squad still has the depth to do well as the season goes into the business half.

After contending for the title last season, the challenge for Pochettino was to sustain that success this time. Competition is fierce with six teams vying for the top 4 spots and once again, Spurs look capable of contesting for a Champions League berth. Thanks to Liverpool’s win over Manchester City, the Lilywhites now sit in the fourth spot, leading Manchester City on goal difference.

Liverpool will miss Sadio Mané, but Man City win shows the Reds are not about one star

The game was hyped up for obvious reasons. Friends Pep Guardiola and Jurgen Klopp were meeting each other in the Premier League for the first time. The contest was also between two teams competing for the top spot, as well as the Premier League’s highest and joint second-highest scorers this season.

City started the game better, but Liverpool’s goal via Giorginio Wijnaldum got them on the front foot. After that, the Reds worked hard and diligently in nullifying Manchester City’s incredible attacking threat, which was only augmented with Sergio Agüero‘s return.

Liverpool’s shape while defending was solid and organised, and the usage of Roberto Firmino as the central forward, rather than the natural strikers, aided this further. Jordan Henderson marked Kevin de Bruyne and annulled the Belgian’s threat. Liverpool have shown numerous times already in their many goals how well they work as an attacking unit. Encouragingly against City, their work as a defensive outfit was equally effective.

0 – Sergio Aguero didn’t have a single touch of the ball in the Liverpool box in his 90 minute appearance today. Stifled.

The biggest positive for the Merseyside unit this season has been the fact that goals have been shared between different players. This is why Jurgen Klopp has been able to keep Daniel Sturridge on the bench and be content with using him sparingly. Against Manchester City, Giorginio Wijnaldum was the one to get on the scoresheet.

In Philippe Coutinho‘s absence, Liverpool didn’t struggle because they have players to cover for his goals. Mané has been incredible this season, and his departure for Afcon would have been a huge deterrent. However, they have shown they are not reliant on any one star and can cope without the Senegalese international.

Chelsea won their 13th consecutive Premier League game against a Stoke side that looked more capable of stopping the unstoppable Blues. With Chelsea leading 1-0 at half-time, the Potters came back with a goal right after half-time through Bruno Martins Indi.

Willian got the hosts their lead again, and Stoke equalled the deficit with Peter Crouch scoring next. Stoke seemed close to taking something away from the game, but Willian scored in the very next minute, restoring his side’s lead. Diego Costa proved why he had been so highly rated, despite his antics, and scored the fourth goal to ensure Chelsea keep the six points lead over Liverpool and stay on top of the league.

It’s been more than three months since anyone has found a way of checking this team. Another win against bitter rivals, Tottenham, and they would have equalled the all-time Premier League record for consecutive victories set by Arsenal over two campaigns. At the moment, it will take something uniquely special from Spurs to halt them.

In a quietly impressive display from the Gunners, one moment of unadulterated brilliance from Olivier Giroud helped Arsenal beat Crystal Palace and move to third place in the table. Without Mesut Özil, Wenger had to set his team up a different way. While Arsenal didn’t impose the match with the normal slick attack, the team set out by the manager did the job rather well. Alex Iwobi was handed Özil’s No. 10 role, while Alexis Sánchez and Lucas Pérez played on the flanks. Olivier Giroud retained up front after his winner against West Brom on Boxing Day.

2017 may be just one day old, but Olivier Giroud may well have already scored the goal of the year. Henrikh Mkhitaryan scored a brilliant “scorpion kick” goal for Manchester United against Sunderland on Boxing Day, but he was clearly offside then, which somehow automatically makes Giroud’s goal better. The fact that the ball struck the crossbar before bouncing in, and that the goal came at the end of a passing move that Giroud had contributed to amplified the effect.

A comfortable victory for Arsenal means they’re back up to third place behind Chelsea and Liverpool.