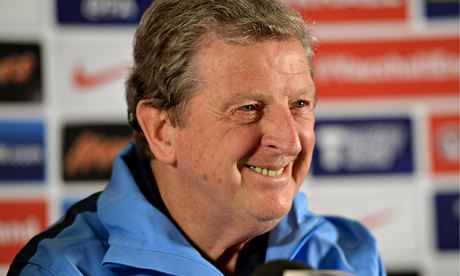 England’s World Cup squad was officially unveiled on Monday, and I think Roy Hodgson nailed it.

It helped of course that injury prevented Theo Walcott from being shockingly picked or shockingly left out, but Hodgson’s blend of youth and experience seems to have the right balance for England to compete in Brazil.

There was only one notable omission.

Ashley Cole has undoubtedly been England’s most consistent performer over the last decade. In the England shirt, he was John Terry without the drama – the one automatic name on the team-sheet that you knew would do the job.

Instead of that experience and nous, Hodgson opted for 18 year-old Luke Shaw to backup Leighton Baines at left-back.

In response, Cole respectfully retired. The thinking was somewhere along the lines of, what can a 32 year-old third choice fullback have to offer to his country going forward?

I think Leighton Baines is terrific. But I’d rather have Cole in my team. Despite being bizarrely frozen out by Jose Mourinho for most of the Premier League season, Cole was the exact same player – plus facial hair – when he was plopped into the Champions League semi-final against Atletico Madrid.

This decision was a shocker. Maybe Luke Shaw benefits from the experience. Maybe not. As Walcott will tell you, there are no guaranteed benefits from being along for the ride at a major tournament as a teenager.

No one likes Cole on a personal level – that much is clearly established. But his ability as a player is unquestionable. At his best, he might have been the best left-back in the world. He erased Cristiano Ronaldo from games in two consecutive major tournaments. He’s still one of the finest in his position around, which is why virtually every big club has been linked with signing him this summer.

Cole leaves the international game almost as abruptly as Terry did two years ago with 107 caps and a whole lot of begrudging respect for his on-field talents and professionalism.

Other than leaving out Cole, Hodgson didn’t put a foot wrong in naming a squad that ended up being easy to predict, due to injuries and Manchester United’s 2013-14 swoon.

Tom Cleverly and Michael Carrick played their way out of the team, meaning that Cole’s colleague Frank Lampard makes the cut for Brazil.

When or where Lampard figures to get on the field is unclear. He appears to be on the team to backup the man he is so often compared to, Steven Gerrard, as a deep-lying midfielder and vice-captain. Playing the two together in the sweltering Brazilian heat is not an option, and Lampard isn’t impact sub material at 35.

Where the Chelsea man figures to add substance is leadership and professionalism. This is certainly Lampard’s last major tournament, and the grace and dignity he has always had will be drawn upon in a younger England team.

Lampard will have a tough time getting a game because England’s strength lies in the center of midfield. Between Gerrard, Lampard, Jordan Henderson, Ross Barkley and Jack Wilshire, three of the Three Lions’ best players will have to make do with a place on the bench. 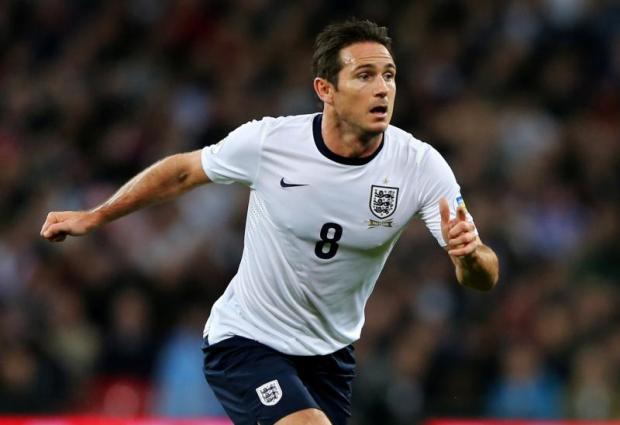 Henderson and Gerrard are the likely starters, but there’s a need to get Barkley and Wilshire involved in some way.

Raheem Sterling looks in line to start following the injuries of Walcott and Andros Townsend, with Danny Welbeck and Adam Lallana in a battle to start on the opposite wing.

Alex Oxlade-Chamberlain has been included despite the fact that he hasn’t played recently or progressed much since he was picked at Euro 2012. It’s doubtful that he sees the field. James Milner is a more likely sub.

Outside of the midfield, there is much less depth. The defense looks suspect behind Glen Johnson, Gary Cahill, Phil Jagielka, and Baines. Phil Jones has been hurt and short of his best, and Chris Smalling doesn’t inspire confidence either.

Up top, Rickie Lambert is the only true striker to back up Daniel Sturridge.

But that was the hand Hodgson was dealt. This is not a conservative squad, instead, he’s opted for youth in many places. Nothing signifies that more than the selection of Shaw over Cole.

But if you think that points to England looking towards Euro 2016 and the 2018 World Cup, you’re dead wrong.

Here’s the thing: All coaches want to win. Every man in charge of a team has a strand or more of the necessary and unavoidable ambition and competitiveness to think and want to succeed now – right now.

The England public’s woe-is-me routine leading into Brazil is fine. It has lowered expectations, taken pressure off the team, and has lessened the typical pre-World Cup hysteria.

But the 2014 World Cup isn’t and absolutely should not be all about the future.

You can’t win anything with kids, right? Tell that to Hodgson. He’s picked the team that he think will do best in Brazil this summer, and believe it or not, this England team is better than the one Fabio Capello took to South Africa that was supposed to come home in late July 2010 with the sun and the stars in tow.

That team had Ledley King and Jamie Carragher at center-back. It had Emile Heskey up top. Gareth Berry in the midfield. Shuan Wright-Phillips and Joe Cole wide.

Don’t look now, but this England team might just do something very interesting this summer. Their group foes are overrated, and England is going to have a winnable Round of 16 match with either the first or second placed team from Group C. And then? Anything can happen.

Just don’t tell anyone that England might be pretty good this summer.