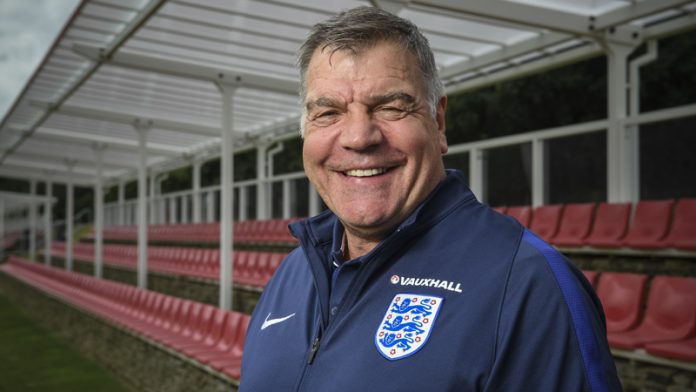 As he prepares for his first game in the England manager’s hot seat, Sam Allardyce has already ruffled the feathers of English football’s traditionalists by casting his net beyond the local shores.

Talk about a change of approach following the debacle that Euro 2016 was, Allardyce has set about altering the approach of selecting players to represent the Three Lions. Sevilla man Steven N’Zonzi, a former Allardyce player at Blackburn Rovers, was the first player whose potential to become an England player was explored but that move has since cooled off after the France-born midfielder was deemed ineligible.

But Allardyce remains undeterred. Possibly inspired by the strides taken by other sports notably cricket, rugby and athletics, Allardyce has talked up the possibility of widening the pool of players available to him which he believes will help his and England’s quest to improve the nation’s World Cup 2018 hopes.

Speaking at an FA press conference yesterday, he said: “Cricket do it, rugby do it, athletics do it. It’s not happening [with N’Zonzi] but we can cover this a bit more if I find another player. We have a department to look at the whole situation in all areas for every [age range] international team.”

Allardyce’s first noteworthy move of his England reign has largely been influenced by the lack of quality English players in the Premier League. While most of the players called up for Sunday’s World Cup qualifier against Slovakia in Bratislava play prominent roles for their respective clubs, the fact only 31 percent of Premier League players are English raises concerns about the national game.

Also factor in number one goalkeeper Joe Hart’s predicament at Manchester City where he has failed to get adequate game time and things appear not too rosy for the Three Lions. While other countries have long been naturalising foreigners into their national teams, England lags behind in this particular aspect of left field selections.

“It happens in all the other countries and we all know the shortage of English players in the Premier League. I think it is only 31%. If those don’t play on a regular basis and there is another option, then surely, if we are going to win something and that player is of the calibre to force his way into the side, we give him an opportunity,” Big Sam added.

Whether England can find players of considerable quality to improve their chances of success remains to be seen, but Allardyce seems keen to explore the options and take a route different from his predecessors, who weren’t exactly the harbingers of change. But one sticking point could be the criticism that will inevitably come the FA’s way, after having appeared to stick to English football’s traditions by appointing an English manager in Allardyce.

“You could say that but does including a player who qualifies because he has played here long enough give us the opportunity to get together the best squad to win?” he said, unfazed by the criticism that he and the FA might face.

England have been abysmal at major tournaments in recent times; their last semi-final appearance was way back at Euro 1996 and they have won only seven knockout round matches in tournaments since the 1966 World Cup. What Allardyce is seeking is how to maximise England’s chances at major tournaments, and he is ready to embrace change for that.

“The balance is quite difficult. If that player is top quality… do you pick the best squad to win the World Cup? And if one or two of those are like N’Zonzi, do you do it? Or don’t you, and then you suffer the consequences of not winning it, or not getting to the quarter-finals, and failure?” Allardyce added.

With foreign players coming into the Premier League at a rate like never before, there are opportunities aplenty to find the missing pieces of the Three Lions jigsaw. However, the biggest challenges could be the language barrier that a foreigner could potentially face as well as the issue of selecting one player too many that might undermine the identity of the national team as well as alienate fans.

Allardyce calls it “a very delicate subject” and finding the right balance that helps the national team to take forward steps could just be the finest achievement of an England manager since Sir Alf Ramsey.