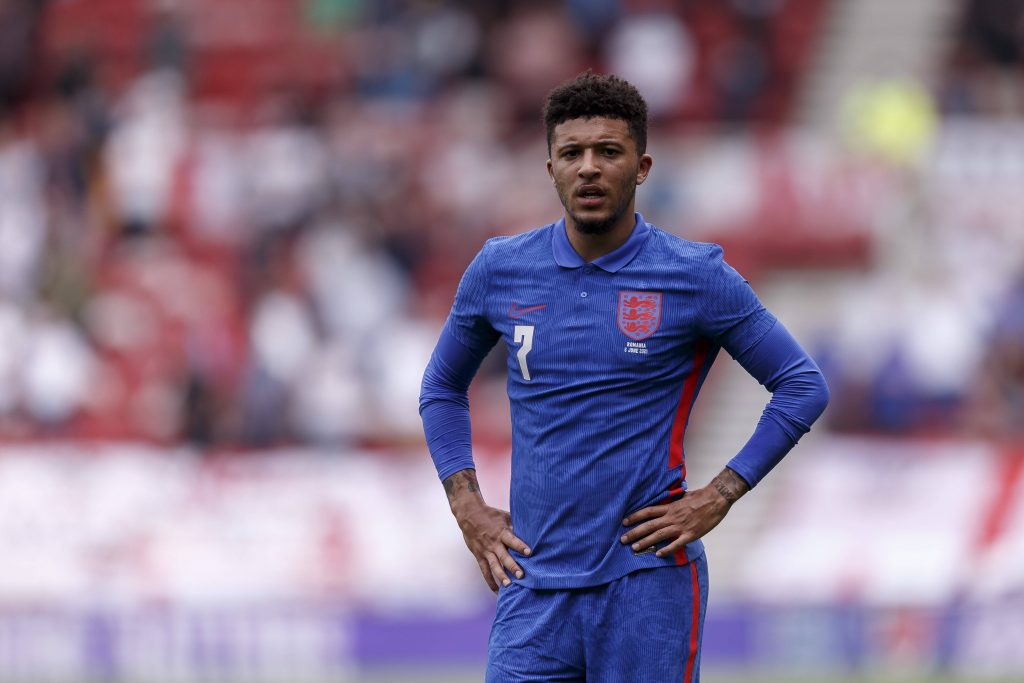 Some England fans were left frustrated after manager Gareth Southgate left Jadon Sancho on the bench for the Euro 2020 clash against Scotland.

The Three Lions were favourites to beat their neighbours in the group stage game at Wembley Stadium, but they produced a hugely disappointing display.

They looked lively early on with John Stones rattling the woodwork with a powerful header, but their performance was pretty average thereafter.

They managed just one shot on target in the goalless draw with captain Harry Kane struggling to make an impact in the Scotland box.

Southgate was reluctant to make changes during the course of the game, and he used only two players in Jack Grealish and Marcus Rashford off the bench.

Sancho, who was in terrific form for Borussia Dortmund this past season, was an unused substitute after not even making the matchday squad against Croatia.

Some England fans vented their fury at the manager over the decision.

Jadon Sancho has scored (16) and assisted (20) 36 goals in all competitions for Borussia Dortmund this season.

If you think leaving out Jack Grealish was an injustice, Sancho's continued omission is insane.

Sterling has been woeful in these two games (despite scoring).

Travesty that Sancho, one of the best goal-scoring and goal-making wingers in Europe, hasn't made an appearance in 180 mins so far.

Southgate doesn't pick on form….never has.

To win the tournament, England need

Or Southgate to WAKE UP AND PLAY GREALISH AND SANCHO!

Southgate is just loyal to certain names no matter how poor they have been performing. Kane, Sterling and Mount should not start next game.. Sancho, Grealish and Calvert-Lewin should be given the chance.

Southgate went with the same attacking combination from the Croatia game, but it simply failed to work out against the low block of Scotland.

Sancho’s exclusion from the line-ups has been surprising after a sensational campaign for Dortmund, where he bagged 16 goals and 20 assists.

The £90 million-rated star has not displayed the same form for England, but not considering him off the bench has led to a furious reaction among fans.

Southgate has recently been criticised for his favouritism towards some players, and it appears the case with his treatment of Sancho.