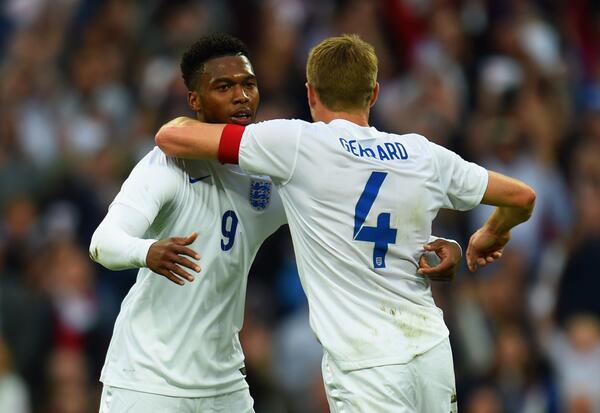 England fly off to Miami after having ponderously beaten a Peru C team in a lacklustre borefest that had the crowd throwing paper aeroplanes at the players.

Roy Hodgson’s masterplan was for England to play games against South American opponents to acclimatise the players to playing against teams similar to Uruguay. Unfortunately, Peru must not have listened to the instructions as they came to Wembley with a team missing most of its top players and was effectively a Peru C team. Inevitably, they parked the bus.

If Hodgson thinks that one decent piece of play in the whole of 90 minutes against this level of opposition gives us any indication as to how we will fare against better opponents, he is even more delusional than I first thought. However, even with a team this dire, Peru still managed to cut England apart at the back on a number of occasions and a better finish would have left the hosts in an embarrassing position.

Sturridge scored a wonderful goal, but not much else. In fact, none of the front players did themselves any justice on last night`s performance. Rooney simply does not look right. Whatever is the problem, it needs to be solved quickly. His first touch has deteriorated over the last two years to a point where he seems unable to control the ball at all. Top strikers rely on their first touch to turn and get away from defenders. Without it they are ineffectual. Welbeck had a decent game without actually doing much. The rest of the team looked fairly average and ponderous, with too many balls played backwards and square.

Old fashioned coaches like Hodgson trying to adopt new, possession type football simply does not work. Paul Scholes wrote in his Paddy Power column that England should adopt the Liverpool approach from last season; pace and power. Fast counter attacks with the whole team moving forward and using full backs as wing-halves. England did none of that. Every time Glen Johnson was confronted by his opposite number he passed the ball backwards. Possession for the sake of it no longer wins games. Constantly passing the ball across the back four also will not win you any football matches.

Overall, England are the equivalent of a Championship team playing in the premiership of world football. The old faults still pervade the team; players unable to replicate their club form at international level. Gerrard bridled at comments from pre-match reporters about his failed relationship with Lampard throughout their England days. But the truth is he still does not play like he does at Liverpool. Maybe he does not equate with England?

On this performance, I can only see an early return to good old Blighty for the England team. By the time they play Costa Rica on 24th June it will be all over. Moreover, they are not likely to find their final opponents any easier than they did against Chile last year when they lost 0-2.

Paper aeroplanes and Mexican waves will again be the highlight for England fans.