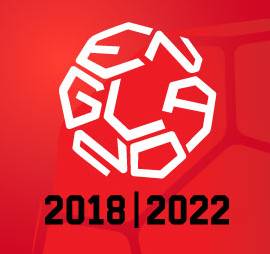 The time will soon be upon us when it will be discovered whether the England 2018 World Cup bid team (as well as their Russian, Spanish/Portuguese and Dutch/Belgian counterparts) will discover whether the last year or so of flesh-pressing, lobbying, rule-flaunting, power-brokering, politicking, back-slapping, bribery, petty sniping, short-sighted optimism and the abject hemorrhaging of several millions of pounds sterling will have been worth it all when the FIFA executive committee (ExCo) congregate to vote on the destination of the 2018 and 2022 World Cups in Zurich on Thursday afternoon.

The concerted English effort has suffered some sizeable blows on their way to this week’s gala ceremony, with covert journalism, flagrant Iberian/Qatari collusion and an intense global mistrust of the nation at large thought to have put paid to their hopes of actually succeeding on several occasions.

However, it looks like England 2018 may be in line to receive a voting lifeline from a fairly unlikely source – Papa New Guinea, the joint-worst footballing nation on the entire planet.

Vice-president of the Oceania Football Confederation (OFC) David Chung, who hails from the aforementioned island nation ranked joint 203rd in the world (alongside San Marino, Anguilla, Montserrat and American Samoa), is travelling to Zurich in the hope of being sworn onto FIFA’s ExCo to replace temporarily deposed OFC president Reynald Temarii – who has been suspended from his post for a year after being caught out by the Sunday Times‘ undercover investigation into the innate corruption of the current World Cup bidding process.

If Temarii withdraws his appeal and stands down from the OFC, Chung (who is apparently deemed a ‘favourable voter’ from an English perspective) may be able to take the seat by right, meaning 23 (rather than just 22) people will be voting on the bids come Thursday.

Meanwhile, renewed corruption allegations involving FIFA ExCo members have surfaced today, just days before the 22/23 doddery old fools are tasked with doling out the hosting duties for the 2018 and 2022 World Cups.

Swiss newspaper Tages-Anzeiger is reporting that Ricardo Teixeira of Brazil, African football chief Issa Hayatou and South American representative Nicolas Leoz are all tied to a secret list of extraneous payments made by the now-defunct, ex-FIFA marketing partner ISMM/ISL a little under a decade ago.

The firm went belly-up in 2001 amid a mushroom cloud of controversy relating to alleged pay-offs and ‘sweetners’ made in exchange for various TV rights contracts. A face-saving criminal complaint was levied against ISMM/ISL by FIFA themselves, only for it to be unsurprisingly dropped at a later date.

A Swiss court eventually saw fit to hand down fines to the three aforementioned ISMM/ISL beneficiaries in 2008 for ’embezzlement or accounting offences’ and, surprise surprise, all three are still residing members on FIFA’s ExCo – the very same committee that will be delegating the venues for the 2018 and 2022 World Cups in three days time.

The mind boggles, it really does.