Although the Copa America will take place this summer, plenty of football fans will have World Cup withdrawal after being spoiled by the action in Brazil during the last off-season.

However, the 2015 Women’s World Cup is set to fill the void and promises to be an exciting festival of football over the space of a month this summer.

The 24-team competition will be held in Canada from June 6 until July 5, with six host cities spreading the action out around the huge North American nation.

Japan enter into the competition as holders, after winning the 2011 event in Germany in the most dramatic fashion. 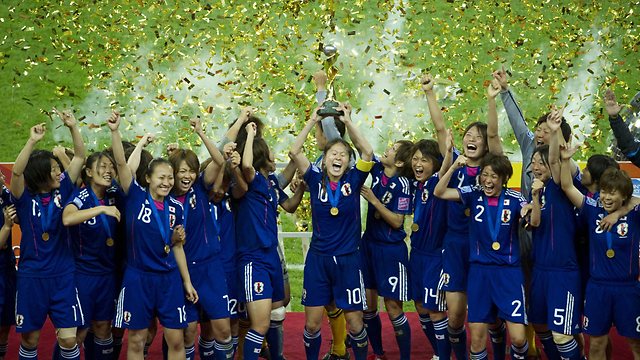 After the game against the United States went to extra time, a 117th minute strike from competition top scorer Homare Sawa took the clash to penalties, where the Japanese won their first ever title.

The two finalists will again be amongst the favourites for glory this time round, with the Americans fancying their chances of going one better this time around.

USWNT boast stars such as Alex Morgan and veteran Abby Wambach, who has scored an incredible 178 international goals.

Brazil have five-time world player of the year Marta leading their line, who has netted an astonishing 91 international goals in 91 caps. Unlike their male counterparts however, the South American nation have never won the female competition.

Germany are also a frontrunner and the team to beat currently, as the two-time champions stand on top of the Fifa world rankings. They also won the 2013 European Championships in Sweden.

But what of England?

The British team showed their pedigree in the 2011 competition by beating eventual champions Japan in the group stage 2-0, but were eliminated on penalties in the quarter-finals by rivals France.

Ironically England have been drawn in Group F this time round with the French and will hope to restore some national pride by coming out on the right side of the result this time round. 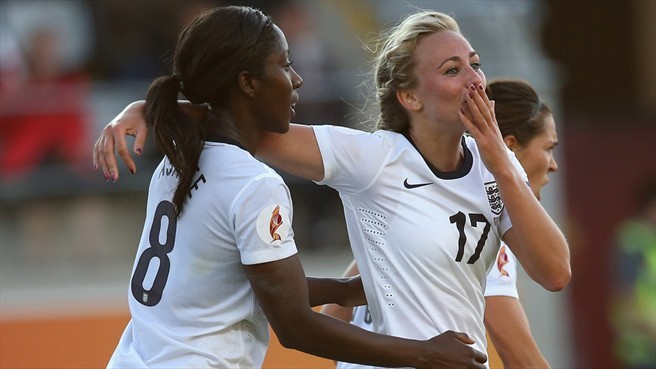 Mark Sampson’s team will also face Colombia and Mexico in the pool stage, but will be quietly confident of making the knockout rounds.

England have their reputation as one of women’s football’s elite nations to restore after a poor showing at the 2013 European Championships.

Long-serving coach Hope Powell bowed out of the role in disappointing fashion as her team failed to win a game at the tournament in Sweden, with France again beating England in the group stages.

Since Sampson took over there has been real reason for optimism, with the Three Lionesses winning all ten games in their qualification campaign for the World Cup and only conceding a single goal along the way.

The team will have to go to Canada without the services of Kelly Smith, with the lethal striker announcing her international retirement earlier this year after two decades of national service.

Experienced Liverpool midfielder Fara Williams will be essential in the team’s chances, while the likes of Toni Duggan and Eniola Aluko will look to fill the attacking void left by Smith.

All-in-all, with more teams competing in the competition than ever before and the profile of the women’s game continuing to increase, the World Cup in Canada promises to be one of the summer’s standout sporting events.

As part of our 2015 World Cup preview we have videos from four England stars discussing their own paths in football, leading up to Canada 2015.