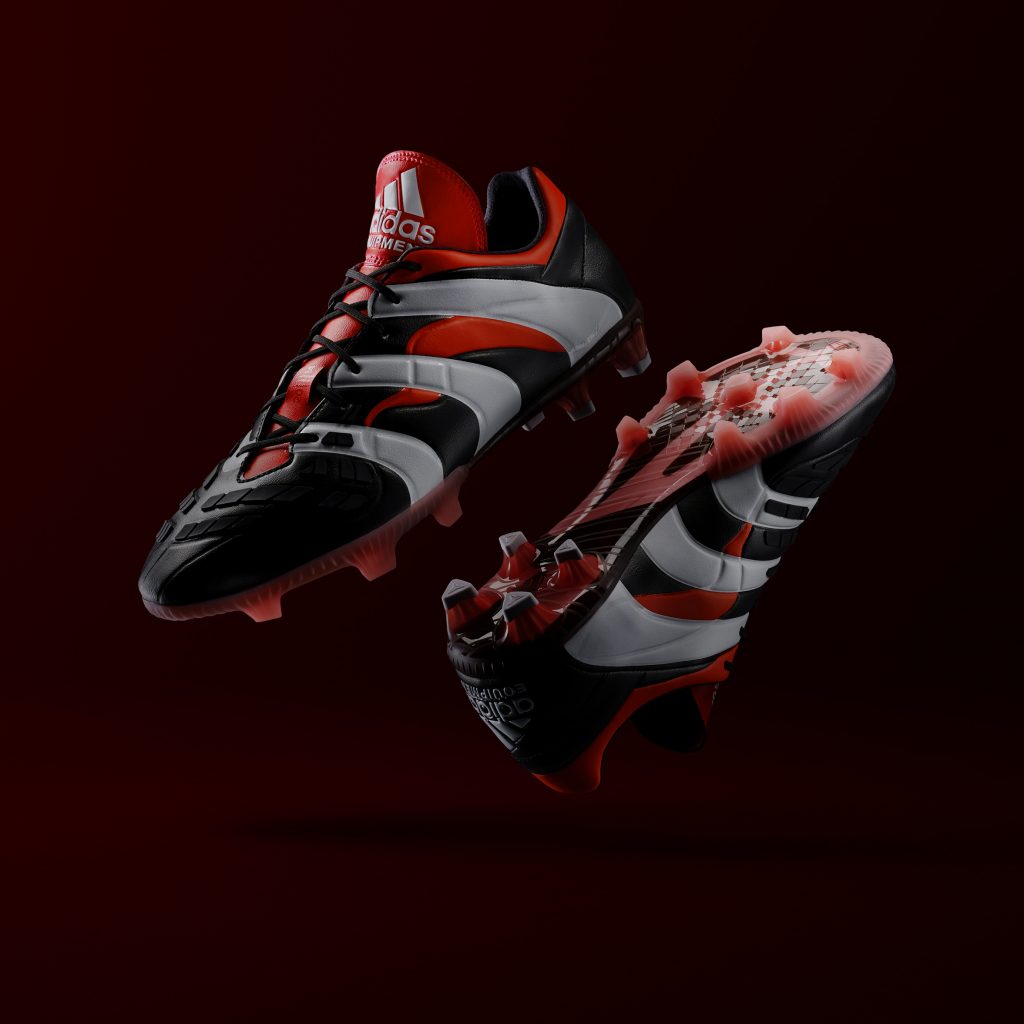 Adidas have released a remake of their 1998 classic football boot the Predator Accelerator.

The boots were released in the build up to the 1998 FIFA World Cup in France.  Football legend Zinedine Zidane is most closely linked with this boot that was also worn by the likes of David Beckham and Alessandro Del Piero.

Zidane is back to help promote the Adidas Predator Instinct Accelerator.

Many of the boot’s signature designs have been recreated on this new model.  The original shape on the toes remains original as are the signature stripes up the flank of the boot.

As with last week’s 1994 Adidas Predator Instinct Accelerator re-release, there is a limited number of pairs available, so if you want a pair don’t hang around