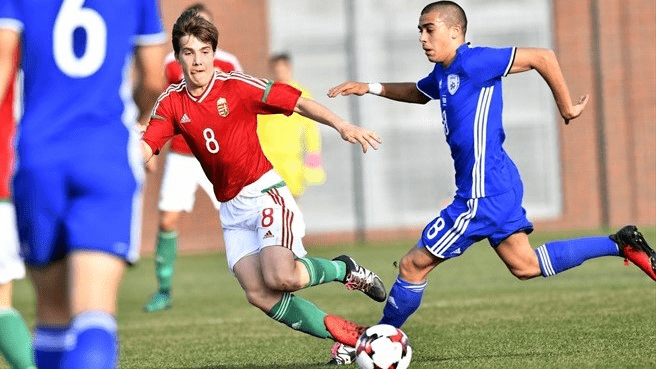 According to Christian Falk of Sport Bild, Manchester City manager Pep Guardiola is ‘interested’ in highly-rated midfielder Ilay Elmkies. The 18-year-old plays for Hoffenheim u19s and has represented the Israel national team at u19 level too. He’s slowly working his way up the youth ranks and could have a bright future under the right guidance.

Guardiola was in the market for a central midfielder in the summer and missed out the signatures of Fred and Jorginho, who joined Manchester United and Chelsea respectively. City already have Fernandinho, Fabian Delph, Ilkay Gundogan, Kevin De Bruyne, David Silva and Oleksandr Zinchenko as options in midfield, but Elmkies would be a midfielder for the future given his young age.

He’s described as ‘technically good’ and ‘strong’ player by Sport Bild who operates in the ‘number six’ role – offering defensive protection and being adept at ball retention. Guardiola got to see Elmkies up close recently, with the Hoffenheim youngster scoring in a 5-2 win over the Sky Blues in the UEFA Youth League.

There appears to be little progress in this story apart from initial interest, so time will tell if City make an official approach.