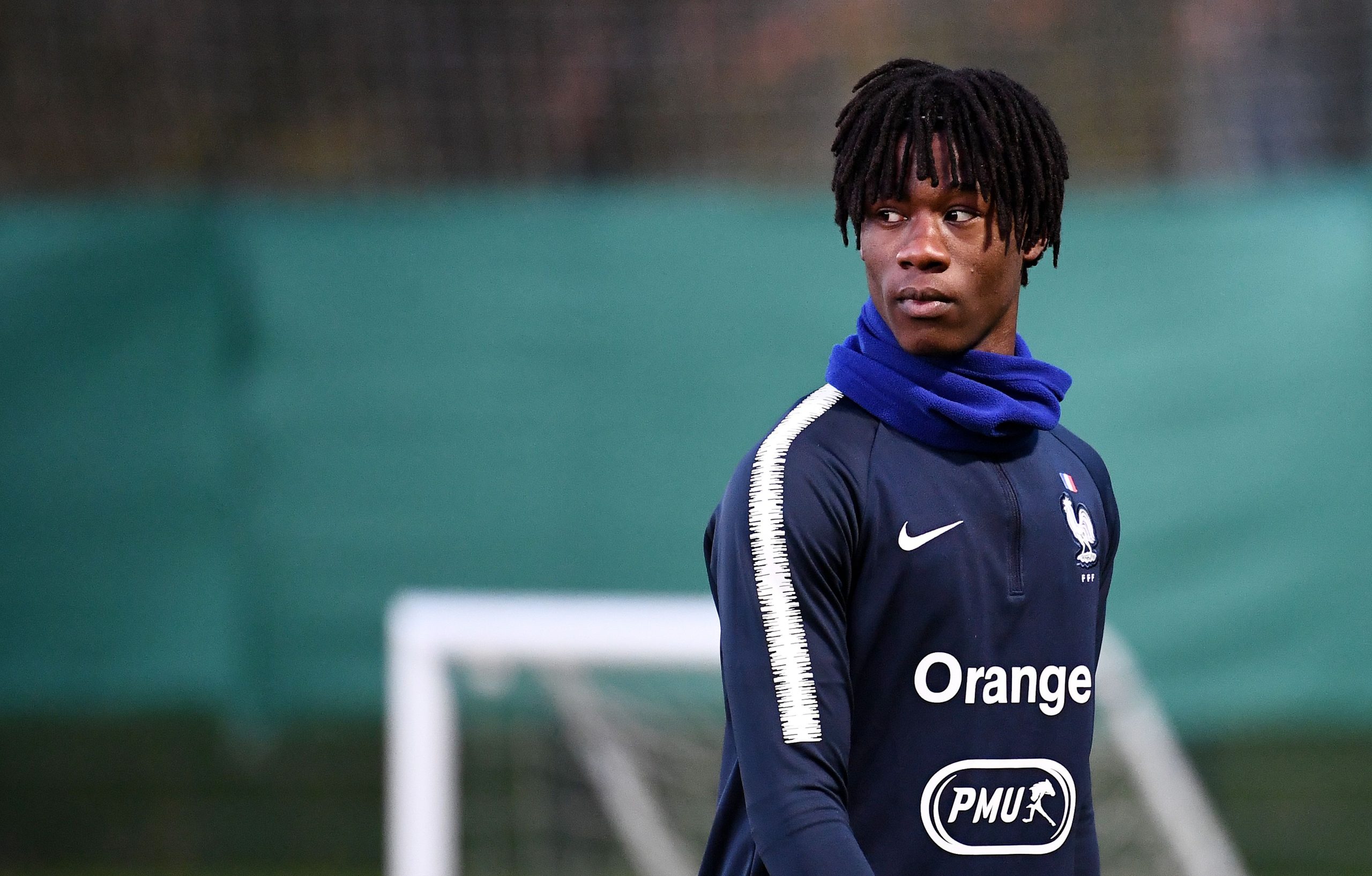 French midfielder Eduardo Camavinga has dropped a hint about his future, implying that he may be moving on this summer.

The 18-year-old has quickly become one of the hottest prospects in Europe. He has made 52 appearances for Rennes, as well as three for the French national team.

Camavinga netted on his second appearance for Les Bleus in a 7-1 win over Ukraine, becoming the youngest player to score for France in over a century.

His performances have garnered a lot of attention, with the likes of Manchester United, Paris Saint Germain, Juventus, AC Milan and Real Madrid all linked to the teenager.

And now the player has spoken about the reported interest.

Talking in a press conference, Camavinga said (via football-italia): “I read the news about [the interest of big clubs] but for now I am a player of Rennes and I don’t think about other teams.

“I have a contract until June 2022, I am a player of Rennes and we’ll see what happens next season.”

However, while his comments may suggest that he could be on his way, the youngster reassured Rennes supporters that he could remain at the club.

“I still have two years left on my contract and there will be time to talk about it,” he continued. “I’ll meet the club and it would not bother me to renew with the club where I grew up.”

The youngest French international since 1932 has all the tools to reach the very top! pic.twitter.com/2ZzlMmtSrA

If any club was to make a move for Camavinga, it would cost them a hefty fee. Spanish publication Marca claims that the club have slapped a minimum price of €70 million on their most valuable asset.