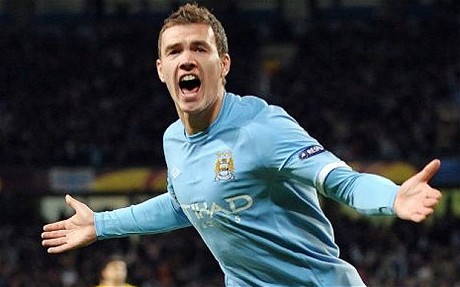 Normally, when we talk about underrated players, we either refer to full-backs or defensive midfielders. In slightly more rarer cases, the goalkeepers or the centre-halves may get a mention. Centre-forwards, on the other hand, are hardly discussed, because afterall, the goalscorers get all the credit they deserve, and more. That is, unless you are Edin Dzeko.

Since joining Manchester City from German side Wolfsburg, after guiding the latter to the unlikeliest of German league titles in the 2008-09 campaign, Dzeko has been the epitome of a silent assassin. Overshadowed initially by Carlos Tevez and then by Sergio Aguero, the Serbian’s contributions at the Etihad haven’t necessarily been recognised as much as they should have. The likes of Aguero, Yaya Toure and Vincent Kompany are heralded as heroes, and here are a few reasons why Dzeko is part of the same ilk at the club.

When City Need It Most…..

There is no doubt that Dzeko’s record of 70 goals in 161 appearances in all competitions is bettered vastly by Aguero’s record of 81 in 131. But there have been many occasions in the past couple of seasons where the Argentine striker has been injured, and City have needed someone to stand up and deliver. Dzeko has done it every single time.

On the last day of the 2011/12 season, Man City scored twice in the last five minutes to snatch the title away from United in one of the most incredible title-race climaxes of all-time. Aguero scored the winner and justifiably, walked away with all the plaudits. Dzeko’s equaliser though, that set up the grand-stand finish at the end, is largely overlooked. 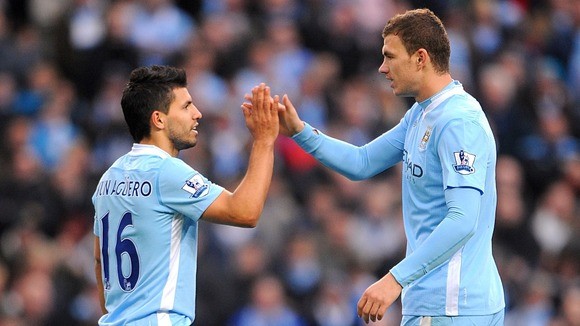 Towards the end of last season too, Aguero was missing for most parts. It was once again upto Dzeko to come up with the goods and like always, he delivered. Important goals against Hull City and Crystal Palace were followed by an absolutely pivotal brace away at Everton, which sealed a 3-2 win and more or less wrapped the title.

In a day and age when we see players moaning and groaning about their lack of playing time, Dzeko is the epitome of the uncomplaining professional. As stated earlier, he has always remained in the shadows at City and has played second-fiddle most of the time. But, his love and commitment towards the football club has never wavered, and the Serbian has recently signed an extension which will keep him in Manchester till 2018. Manuel Pellegrini is indeed extremely lucky to have the like of Edin Dzeko at his disposal. A striker who would make the starting line-up at most other clubs, the 28 year-old is an outstanding impact substitute to have. And of course, when required, he can lead the line and excel at it. 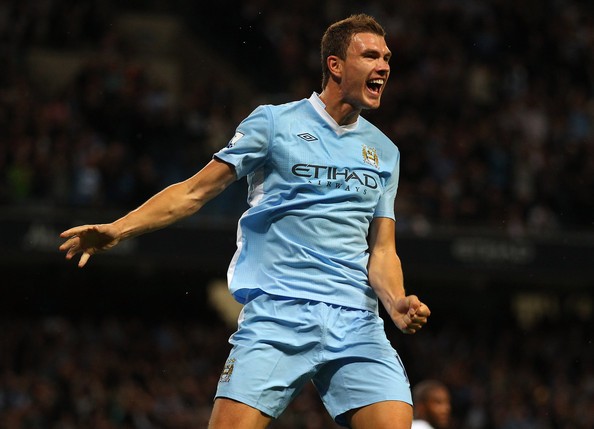