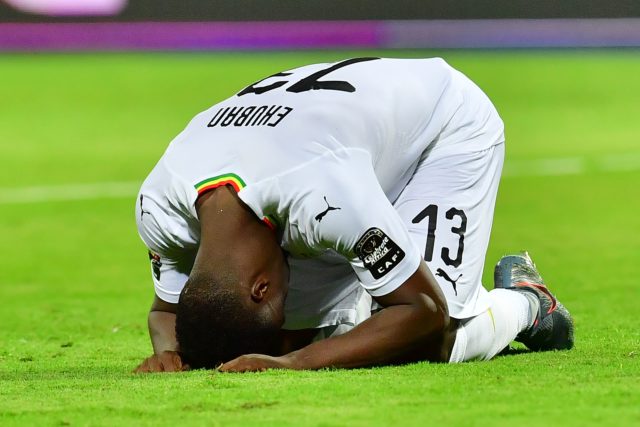 Trabzonspor boss Eddie Newton has admitted that star striker Caleb Ekuban could be sold in the summer transfer window.

Celtic have already signed Albian Ajeti for £5million from West Ham United, but it seems Neil Lennon is still looking to bolster his strike department.

The Bhoys have the likes of Odsonne Edouard, Ajeti, Leigh Griffiths and Patryk Klimala, but the Scottish champions are still interested in signing Ekuban.

The 26-year-old is valued at around £6.3million, but according to reports from Fotomac (h/t the Daily Record), Celtic have only gone as high as £5million.

“We can sell him but finding someone with similar talent will be very expensive. He’s versatile and strong, he’s someone who will strengthen us up-front.”

Ekuban spent the 2018-19 campaign on loan at Trabzonspor from Leeds and did well for the Turkish club.

The 26-year-old forward made his loan move to Trabzonspor permanent in the summer of 2019. Last season, he scored five goals and provided four assists.

Celtic already have enough players in that position and the Glasgow giants do not need to sign another forward.