Highly rated defender Papy Djilobodji has claimed that he wants to play for a big club and in the Champions League, but is committed to Nantes at the moment.

According to reports from Le Parisien, the 25-year-old defender has been attracting interests from Premier League club Chelsea and German giants Borussia Dortmund in recent weeks. 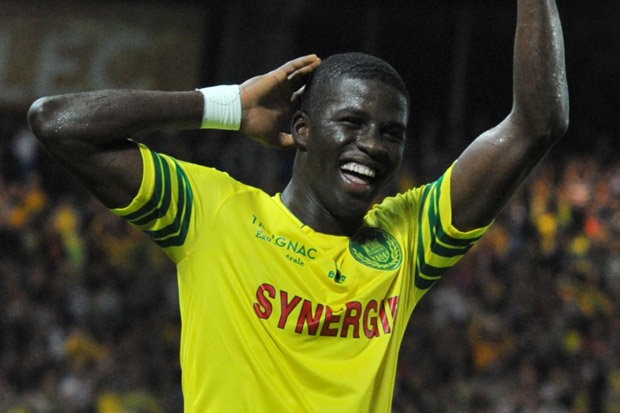 The tall defender has been all but a colossal figure for the newly promoted Ligue 1 club. His towering presence at the back saw Nantes taking nine clean sheets in 20 league games thus far, no wonder, why he is getting attention from European heavy weights.

Although Nantes are knocking on the corridors of the European places, but the young defender insisted that he wants to play for a bigger club and wants to achieve the glory of winning the Champions League. He said:

“I rather stay discreet because in football people talk a lot about every little thing. I prefer to spend my time at home, resting so I can perform well.  For every match, I need to recover well. I want to go far. When a season starts, there’s 38 matches and I tell myself I want to play them all.”

“Everything happened very quickly. I’ve had nothing but joy here even if it was not easy at the start. My sucess and my progress are the result of a lot of hard work. Now I’m aiming to go even higher.”

“I want to play for big clubs, play in the Champions League and win it.”

The Nantes president has slapped a price-tag of €20m on his shoulders, but it will be interesting to see, how long they can keep him at the club, should he continues to deliver strong performances on a regular basis.

Good thing for them is, the player has expressed his loyalty and is not looking to leave the club in January. But, you never know, what might happen in future.