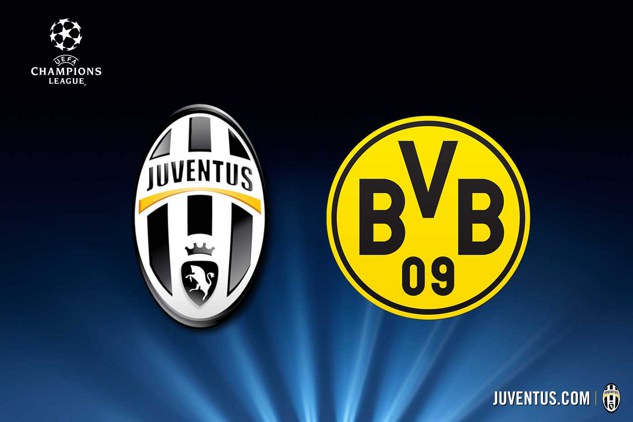 In a repeat of the 1997 UEFA Champion’s League final, Borussia Dortmund travel to Turin for the first leg of their round of 16 tie.
They face tough opposition in the Italian league leaders however. Juventus haven’t lost at home in the competition in 10 games, and will be looking to reach only their second UEFA Champions League quarter-final since 2006.

Since losing at home to FC Ausburg at the start February, Borussia Dortmund have been very busy indeed. Extending Marco Reus` contract was the turning point in their failing campaign. Since then, Die Borussen have for the first time this season, won three games on the trot, beating SC Freiburg, Mainz 05 and VFB Stuttgart.

Klopp: “League is the priority!”
Speaking after the away win against bottom of the league Stuttgart, Jürgen Klopp had no preconceptions about who the favourites were going to be.
“We’re not travelling to Italy as favourites, but we do want to get a good result”
German International Ilkay Gündogan was more optimistic however, seeing their best run of form of the season as a stepping stone for a European challenge. While sports director Michael Zorc reminded fans that BVB’s form in the Bundesliga has not been reflected in Europe.

“We have already performed well in the Champions League this season, even if the Bundesliga games were bad. So it shouldn’t be a problem to give a good performance against Turin”

However Klopp was also keen to establish his side’s priorities .

“The Bundesliga comes above all else. And it will still be a while before our fight is over”

We can therefore perhaps expect a slightly more reserved approach from the Germans, compared to their usual snarling and aggresive style. With a deeper line to absorb play and counter with pace.

This will be easier said than done however. Juventus are no strangers to slow and patient build up play, and Dortmund’s defense has left a lot to be desired on several times already this season.

Their head to head record suggests there isn’t much to chose between them. The group stages of 95 saw both teams grab an away win, while the ’97 Champions League final in Bayern was won by the Germans thanks to goals by Riedle and Ricken, before Del Piero scored bagged a consolation goal.

The two sides also met in the UEFA Cup in 93, where Juventus won both group matches 6-1 on aggregate.

Juventus rampant
Last season’s Serie A champions have not lost a game since the 22nd of December, when they lost 7-8 to Napoli in the Italian Super cup. Their last domestic league defeat goes all the way back to the 29th of October when they lost 1-0 to Genoa.

Juve have just gone 10 points clear at the top of Serie A after Andre Pirlo grabbed the winner against relegation-threatened Atalanta, so Jürgen Klopp’s men will be wary of their opponent’s current form, who seem to be the Italian equivalent of Bundesliga dominating Bayern Munich. Sweeping past any team confidently is their star man, the maestro – Andrea Pirlo.

The 35 year old captain will be looking to exploit Dortmund’s already shaky defense with his signature vision and precision passing.

With players like Reus and Aubameyang, the Italians will have to be wary not to get caught out when Dortmund turn over possession however.

Die Borussen will also have their hands full with Paul Pogba however. Since joining Juventus in 2012 aged 19, with Andrea Pirlo, Arturo Vidal and Claudio Marchisio occupying the three central midfield slots in Conte’s favoured 3-5-2 system, many thought Pogba would struggle to feature. Initially used as a substitute or as a cover for the three more experienced men, Pogba quickly convinced everybody of his exceptional talent with a series of command performances and fabulous goals.

Prediction
Both teams are certainly capable of winning this tie. The main variables however, depend on Dortmund. The main issue being which Dortmund side actually turns up. They are definitely good enough to win the tie and progress, and with their recent run of form fans will be be quietly hopeful of a good performance.

Additionally, if Klopp sets up with a positive line up and looks to snatch a win, the Italian champions could certainly be in for a tough night. That being said however, Italian teams are renown for their defending. With players like Pogba, Pirlo and Carlos Tevez, they are also able to pose a serious threat going forward.

I therefore see Juventus edging a win in the first match of the tie. Dortmund just have too many factors they must get right. I am of the opinion that they could win against any European team on their day.

The world is against them in this case however, injuries, bad form and defensive frailties can ruin a season on their own, but all together? Klopp’s comments on the weekend also do suggest a slightly more conservative line up, with one eye on the Bundesliga and another on the return match in Dortmund.