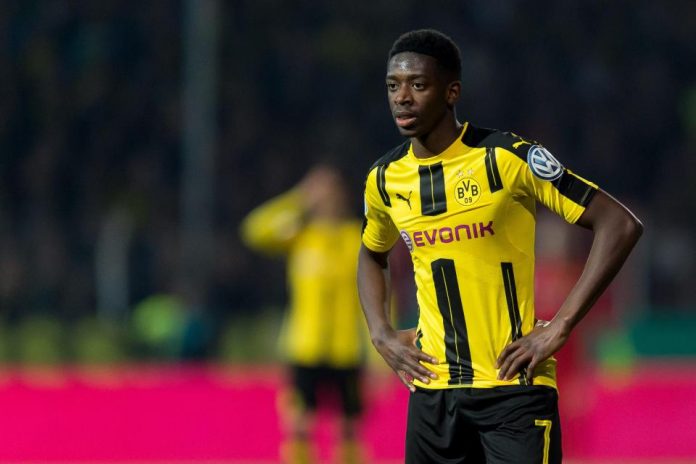 According to reports from Spanish outlet Sport, Dembele is edging closer to becoming a Barcelona player after reportedly agreeing a five-year contract to join the Catalans later this summer.

But Dortmund sporting director Michael Zorc has fired warning to potential suitors that the German club could open up a Fifa investigation if they discover any wrongdoing in other clubs’ attempt to sign the 20-year-old.

Dortmund director Michael Zorc told Waz: “Ousmane Dembele has a long-term contract – we are planning on it.

“There are no negotiations. Dembele will also play for BVB in the coming season. If Dortmund is not contacted [by interested clubs], we could initiate a Fifa procedure.”

Dembele joined Dortmund last summer for just £11.5 million from Rennes and has been an instant hit at the Westfalenstadion, scoring six goals and providing 12 assists in 32 Bundesliga appearances.

The versatile French attacker, who has already secured seven international caps merely at the age of 20, has been heavily linked with a mega-money move to Camp Nou this summer to serve as back-up for Barcelona’s renowned attacking trio of Lionel Messi, Luis Suarez and Neymar.

Barcelona, meanwhile, are seeking to bolster their squad ahead of Ernesto Valverde’s debut season in-charge of the club, although Ousmane Dembele’s proposed move to Catalonia seems all but over unless the Spanish giants meet Dortmund’s €80 million (£70.5m) asking price.