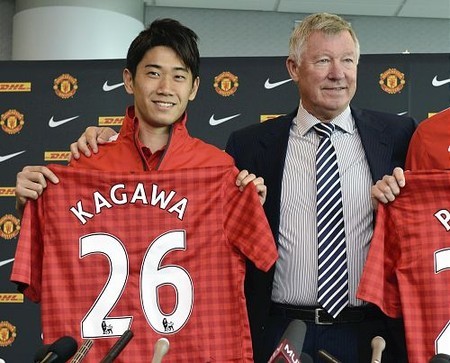 The Japanese international signed for United last summer from the Bundesliga side, but has a stop-start season as he spent a number of weeks sidelined with injury. His form was inconsistent, but he did show glimpses of his talent during the tail-end of last season.

His hat trick against Norwich City showcased his goal-scoring ability as a midfielder, but such moments were few and far between. As expected, Kagawa was linked with a host of European sides willing to rejuvenate his career, but Manchester United reiterated the 24-year old wasn’t for sale.

However, this summer, Borussia Dortmund have revealed they would welcome Kagawa back with the side. 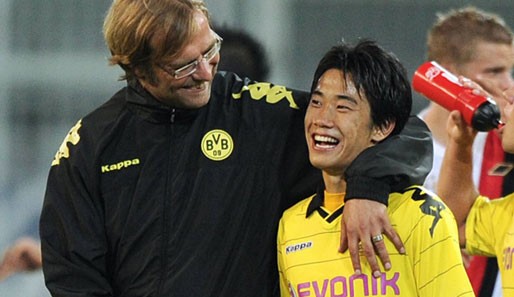 ‘Shinji is a player we would welcome back. The door is always open for him at our club. I believe Shinji Kagawa will be staying on at Manchester United – but football is a fast business.’ – Borussia Dortmund chief executive Hans-Joachim Watzke.

After the German side lost wonderkid attacking-midfielder Mario Gotze to title rivals Bayern Munich this summer, they have been looking for a replacement. Shakhtar Donetsk midfielder Henrik Mkhitaryan was signed to fill the void, but it does appear Kagawa is on the shortlist for an unlikely return.

Manchester United manager David Moyes has made it clear he has no plans to sell the Japanese international. He regards Kagawa as a player who could be at the club and enjoy great success for the next 10 years.

Mancester United have had no official approach from Borussia Dortmund this summer, but they may have their resolve tested for the midfielder. However, Kagawa himself has previously stated he’s happy in Manchester.