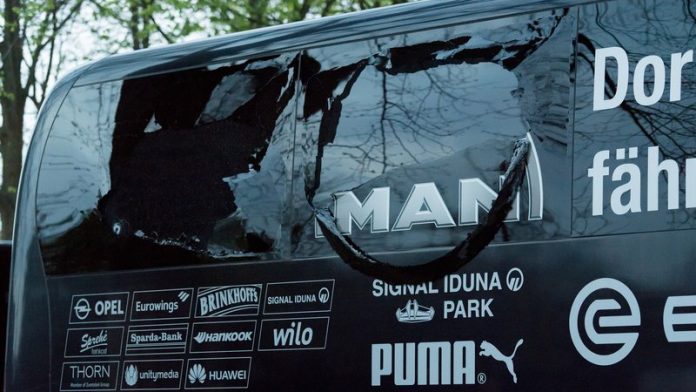 The attack on the Borussia Dortmund football team led to the police pointing in various directions to underpin the reason for the assault. Initial leads pointed to radical Islam, and later, far-right sentiments were suggested to be the cause of the attack.

In the end, investigations made by the German police has pointed to an entirely new category.

On Friday, German police arrested a 28-year-old German-Russian national, who has been suspected to have carried out the explosives attack on Dortmund’s team bus to “collapse the club’s share price so he could profit from stock market speculation”.

Sergej W, the accused allegedly left behind several copies of a faked letter in which he tried to frame the attack as an act of Islamist terror.

On the day of the attack, 11 April, he had bought a put option – the option allows a person to sell assets at an agreed price on or before a particular date. He put the option on Borussia Dortmund’s shares, which granted him the right to sell the shares at a specified price at a deliberately planned time in advance. According to German media reports, Sergej W bought 15,000 put warrants for €78,000(£65,300) and could have gained up to €3.9m as a result of a significant drop in Dortmund’s shares, especially if a team player, unfortunately, got killed.

While this plot may seem like one out of the movies, it explains the attack especially since Dortmund are the only club that floats shares in the market. Dortmund’s share price did drop, but only briefly after the incident, and only by 5%. After the suspect’s arrest on Friday, the club’s share price rose by 4%, from €5.46 to €5.58.