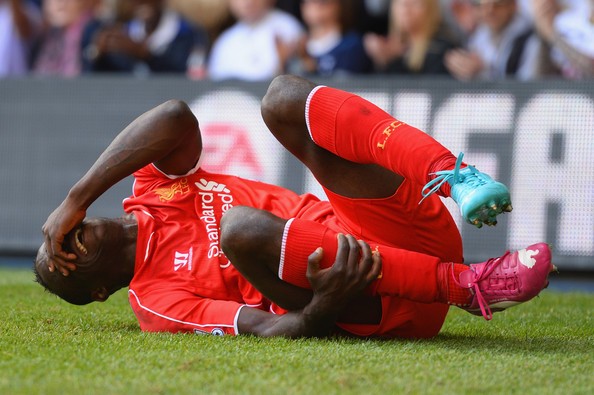 Carlo Ancelotti hit the nail on the head this week when he said Mario Balotelli isn’t to blame for Liverpool’s latest football results.

The Real Madrid manager was speaking ahead of his side’s UEFA Champions League clash with the Merseyside club.

Two weeks ago the two teams met at Anfield, where Liverpool were humbled 3-0 by their Spanish opponents. Balotelli drew unwanted attention to himself when he appeared to swap shirts with opponent Pepe at the half-time interval and was subsequently replaced.

The Italian striker was one of the scapegoats for that defeat, hardly helped by his manager’s post-match comments.

Yes, Balotelli’s performance that day was reflective of the poor start he has made to life with Liverpool.

But to blame the £16 million signing for the Reds’ troubles this season is ludicrous, given their various shortcomings.

The first of these has been the alarming dip in form of players who should be forming the backbone of the team: the likes of Simon Mignolet, Raheem Sterling, Steven Gerrard, Philippe Coutinho and Jordan Henderson have failed to recapture the form they showed last season.

In both defence and midfield, Liverpool have also struggled to form a cohesive unit. The slick passing and movement that characterized the previous title challenge has only been exhibited in flashes, while at the back there has been a worrying fragility exposed by supposedly lesser sides.

Unsurprisingly, the focus has been on Balotelli. His sometimes outlandish behaviour and unique demeanour makes him an easy target, particularly for the headline-thirsty English press.

To accuse the Italy international of a lack of effort would be unjust, however. He was no more culpable than any of his teammates during an insipid team performance against Newcastle United at the weekend.

Indeed, Brenan Rodgers reverted to supporting his big-money signing after that 1-0 defeat and he is right to do so.

But it is now up to the Welsh manager to provide support for the mercurial striker.

Balotelli isn’t of the class of Luis Suarez and should not have been signed on the proviso that he would replace the Uruguayan: there are few players in the world who could effectively do so.

However, he offers other qualities that are being stifled in Liverpool’s current system. Balotelli is a highly effective footballer at international level, largely because former Italy coach Cesare Prandelli understood how to get the best out the player.

The return of Daniel Sturridge to this Liverpool team might just be the spark that Balotelli needs. At 24 years of age, he is still a young footballer who you would expect to mature on and off the pitch in the future.

At this stage of his career, it is perhaps too much ask Balotelli to lead an attack on his own as a target man. What he needs desperately is a player around him who can share the goal-scoring burden.

That would reduce the pressure on the Italian and allow him to flourish. He is not necessarily a beacon of consistency – once again, he is a different player to Suarez – but he is eminently capable of turning big matches with moments of genius.

Unless Liverpool address their structural and form issues soon, however, it is unlikely Balotelli will get the chance flourish.