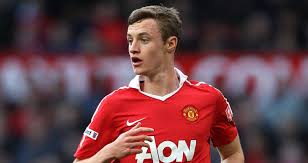 Manchester United striker Will Keane has joined Championship Club Sheffield Wednesday on-loan until the end of the season.

The 22-year-old came up through the ranks of the Red Devils’ youth setup and spent the last few seasons away from Old Trafford on-loan. Last January, he joined Queens Park Rangers for the remainder of the previous campaign.

“Manchester United striker Will Keane is to spend the rest of the 2014/15 season at Sheffield Wednesday after signing for the Championship club on loan,” a statement released on United’s official website.

“The 22-year-old already has some useful knowledge of English football’s second tier, after making a total of 14 appearances in the division last season for Wigan Athletic and then Queens Park Rangers.”

“This season, Keane has played regularly for United’s Under-21s and Reserves. After scoring in consecutive games at that level against Chelsea and Blackburn Rovers in November, he was named as a substitute for the first team’s home match against Stoke City in early December,” it added.

Keane told United’s official website before Christmas that he can play as a number and also as a lone striker.

“I can play a bit deeper and link play up or play higher up as a lone striker. I’ve got a bit of flexibility there. I don’t really have a preference. I can do both,” Keane explained.

“Sometimes I enjoy playing up front on my own, just leading the line, but also there are so many top strikers here, it’s good to play up front with someone as well.”