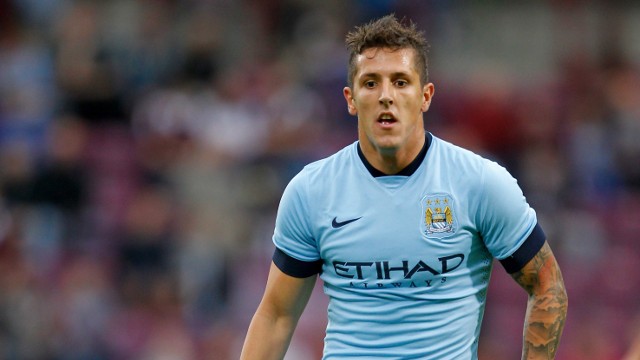 Stevan Jovetic’s nightmare spell at Manchester City is about to come to an end, but he will not be moving to another Premier League club. There were reports earlier on in the summer stating that Liverpool might be interested in signing the Montenegrin, but Jovetic has instead preferred a move to back to the Serie A, where he made his name.

Inter Milan are the club who have won the race to his signature, signing him on a one-year loan deal accompanied by a compulsory agreement to buy next summer for £10 million. The Italian giants used their Twitter account to post photographs of his medical, with the deal set to be officially announced tomorrow.

Jovetic was signed by Man City in 2013 from Fiorentina for £22 million, after catching the eye with some fantastic performances in Italy. He was always going to struggle for first-team football at the Etihad Stadium though, with Sergio Aguero and Edin Dzeko ahead of him in the pecking order. Injury problems coupled with a lack of form kept him out of the side and he had to wait 6 months for his first Premier League goal.

Now, with Wilfried Bony also added to the squad in the January transfer window, Jovetic’s chances of featuring regularly for Manuel Pellegrini’s side diminished further. Also, with Liverpool signing Christian Benteke from Aston Villa, it was very likely that they would go for him. A transfer to the San Siro, in a league where he was comfortable, seems to make a lot of sense as he looks to get his career back on track.

In all, he leaves England with a total of 8 goals in 30 games over two seasons. He does though, have a Premier League winners’ medal, along with a League Cup, both won in 2014.