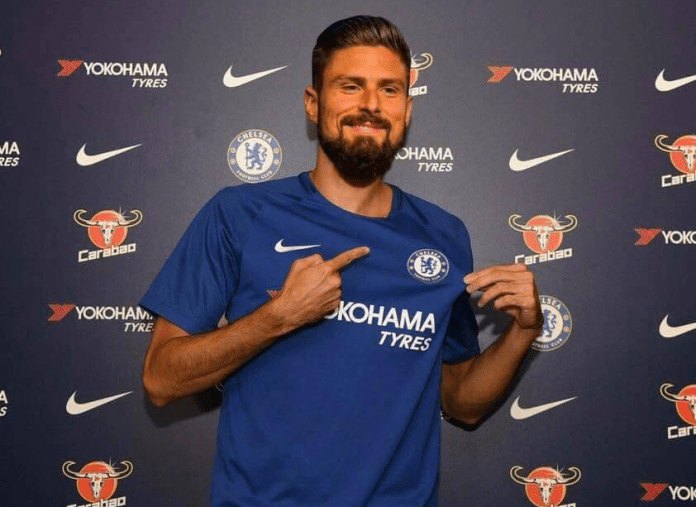 Chelsea have signed Arsenal striker Olivier Giroud for £15.3m on an 18-month contract, ending the Frenchman’s six years at the Emirates.

Giroud made 253 appearances for the Gunners, scoring 105 goals, and moves to Stamford Bridge to compete with Alvaro Morata for a starting place up front.

The 31-year-old joined Arsenal from Montpellier, where he won the Ligue 1 title, and picked up three FA Cups and three Super Cups in London.

His departure comes as the Gunners captured Pierre-Emerick Aubameyang from Borussia Dortmund. Chelsea’s Michy Batshuayi will replace the Gabon international in Germany.

While subsidiary for Arsenal this season, Giroud is a useful player.

His scoring record in England is impressive, but he’s also competent in possession and aerially adept.

The S*n revealed how Chelsea managed to negotiate the deal down from £30m, which is what Arsenal were initially requesting.

Giroud’s move will come too soon for this evening’s clash with Bournemouth, but he’s likely to feature in some capacity for Chelsea’s trip to Watford on February 5.

The French international, who boasts 29 goals in 69 games for his country, underwent a medical earlier today and passed with flying colours.

He’s now a Chelsea player until the summer of 2019.