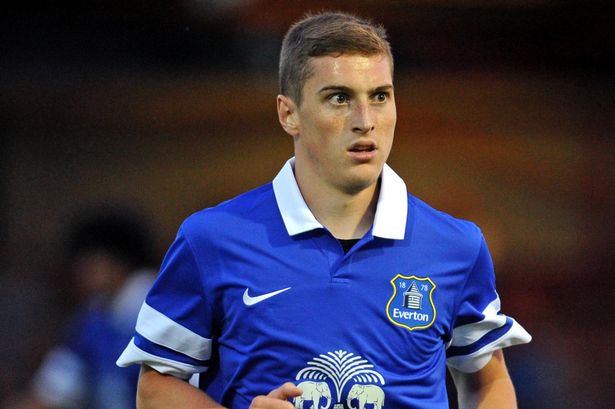 League Two club, Doncaster Rovers, have a deal in place to sign Everton midfielder, Conor Grant, on a permanent transfer.

Rovers tried to sign the midfielder on a permanent deal during the January transfer window. In fact, their bid for a permanent move was accepted by Everton. However, Grant wanted to prove himself at a higher level, and agreed on a loan move instead.

According to Rovers’ chief executive, Gavin Baldwin, the financial deal between the two clubs have been informally agreed. The club believe that winning promotion to League One could tempt the youngster to make a permanent switch.

He admitted that buying players from Premier League clubs is not easy, and certainly doesn’t come cheap, so the club want to spread the cash across 12 months.

Baldwin said, as quoted by The Star:

The finances are informally agreed. It would be structured over 12 months.

There would be cash up front, cash after 12 months and other incentives such as promotion bonuses, win bonuses and sell-on clauses built into it.

Everton are protecting themselves but it also means it’s more affordable for us.

Buying players from Premier League clubs is not cheap so if we can spread the cash, and back ourselves to do well and get good crowds, that pays for the deal and gives us some time to do it.

Grant has settled in well after returning to the Keepmoat, but the player doesn’t see himself playing in the League Two permanently.

Baldwin believes that if Grant can return and help them to get into League One, then all parties will be satisfied. He just needs the player’s seal of approval for the move to go through.

Rovers boss, Ferguson, is confident that a promotion to League One would see Grant make the switch on a permanent basis. The move will also tempt fellow loanees Jordan Houghton and Niall Mason to commit their future with Rovers.