Dominic Calvert-Lewin would be a superb signing for Arsenal 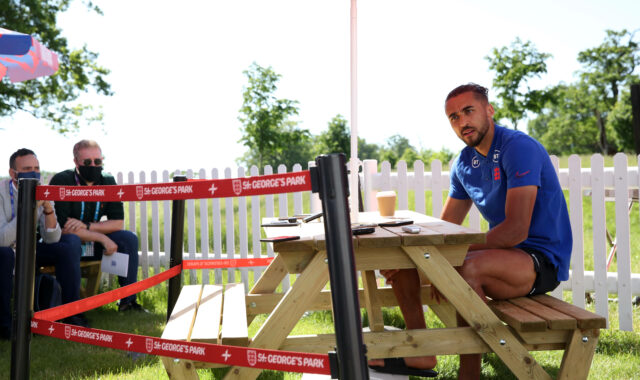 Arsenal are reportedly tracking Everton and England striker Dominic Calvert-Lewin to bolster their squad this summer.

This is a massive transfer window for the Gunners as they look to assemble a squad that can help them finish in the top four next season.

The north London club are looking to offload a host of fringe players and high earners from the squad to make room for new additions.

They expect to recoup a chunk of money from player sales, while they are also looking to spend big to bring in at least four or five top-quality replacements.

Bolstering the forward department is one of Mikel Arteta’s top priorities this summer, with the future of Alexandre Lacazette remaining in doubt.

The Gunners struggled for goals and creativity last season, and they are looking to add a top-quality striker.

Lacazette’s contract with Arsenal expires in the summer of 2022, and Arsenal will likely sell him to avoid losing him for free.

They have been linked with a host of players, the latest being Everton striker Dominic Calvert-Lewin.

According to reports from The Telegraph, Arsenal are monitoring the 24-year-old.

The Gunners are reportedly keen admirers of Calvert-Lewin, who scored 21 goals in 39 games across all competitions for the Toffees last season.

Calvert-Lewin’s impressive form has earned him a place in England’s Euro 2020 squad.

He has a long-term contract with Everton, but the striker could consider his future following Carlo Ancelotti’s departure.

Strong in the air and a terrific finisher, he is the kind of striker who will score 20-goals a season if he gets the right kind of service.

Everton are expected to command a high transfer fee for Calvert-Lewin, but Arsenal must try to get him on board and demonstrate their ambition.