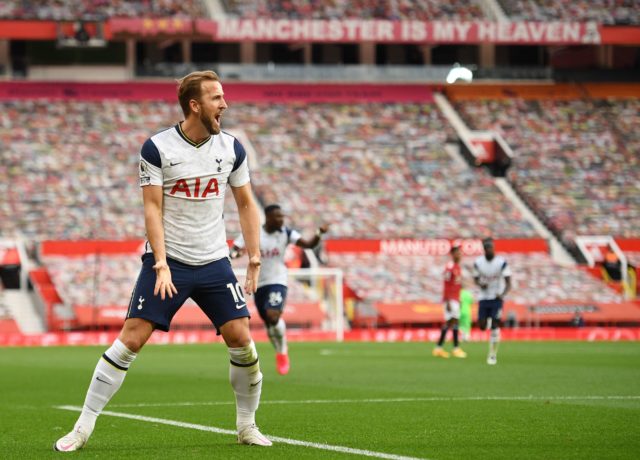 Calvert-Lewin has linked with Kane for the first time at the international level this week following his impressive start to the 2020-21 Premier League campaign.

The Everton striker has spoken highly of Kane, and he is a player whom he admires greatly.

Calvert-Lewin has discussed some of the aspects of Kane’s game and he is willing to learn a lot of things from the England skipper.

“I’m aware of Harry’s game and how he likes to play — and obviously he is getting a lot of success at the moment,” he said to the Evening Standard.

“He likes to drop in and dictate the game, whereas I am more play-on-the-shoulder and I like to stay high.

“[Harry’s] been scoring goals for a long period of time.

“He broke into the Premier League and hit the ground running at a similar age to what I am now, so he has a lot of things to his game that I can learn from and add to my game.

“He is where he is for a reason. He’s worked hard and he has great ability and he scores goals. For a player coming into the squad, it’s nice to get up close and personal and see how he operates on a daily basis.”

Both Kane and Calvert-Lewin have arguably been the two most in-form strikers this season.

Calvert-Lewin has progressed immensely under Carlo Ancelotti. He has become a prolific goalscorer at Everton under the Italian boss and has scored in all the four games thus far.

Kane, who is a world-class striker, has turned into a provider for his Tottenham’s teammates, and the 27-year-old currently leads the league’s assist charts.

The pair is likely to rotate the striking role over the international break, but both Calvert-Lewin and Kane will get to know each other closely.

England have games against Wales, Belgium and Denmark, and Calvert-Lewin is expected to get some game time.