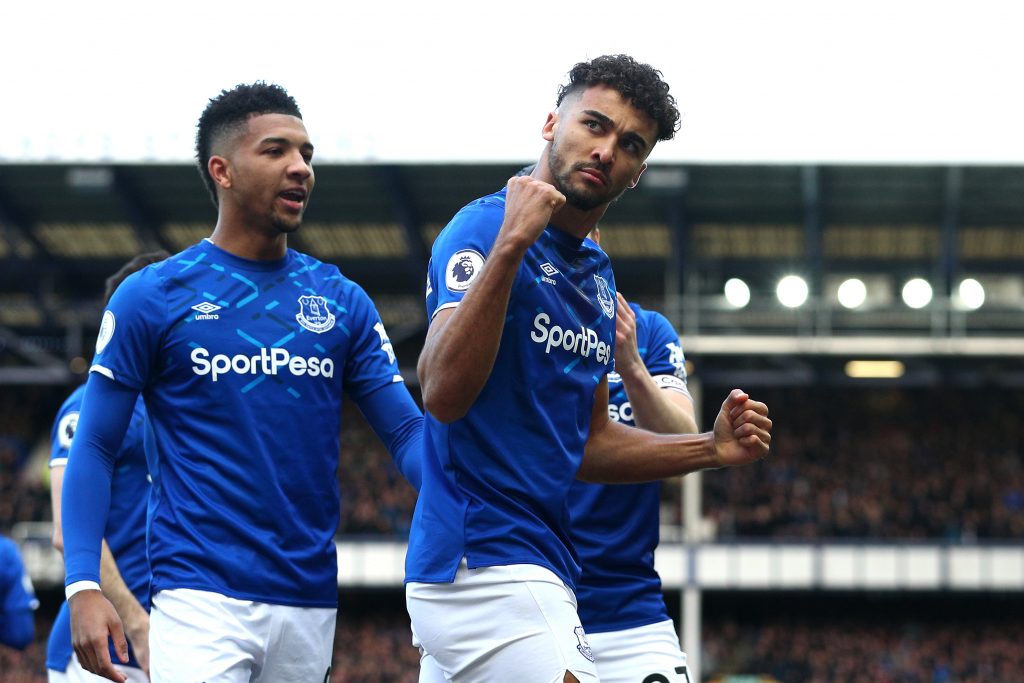 Everton failed to win for the second game in a row after managing a 1-1 draw against Manchester United in the Premier League at Goodison Park on Sunday.

The Toffees took the lead in the 3rd minute through Dominic Calvert-Lewin who scored his 15th goal for the club this season.

Bruno Fernandes equalised for the Red Devils in the 31st minute, as Jordan Pickford failed to stop his bouncing shot from 20 yards at his near post.

Calvert-Lewin has taken to social networking site Twitter after the match to express his reaction. He wrote in tongue-in-cheek humour: “That’s the goal of the season award wrapped up then”

That’s the goal of the season award wrapped up then 😂 #UTFT pic.twitter.com/xzL2p6ROXv

The 22-year-old striker has been in sparkling form under Carlo Ancelotti, and has received high praise from Gary Lineker today. Many fans responded to his tweet in a positive way, and praised him heavily for his performance.

One of, if not the best performance you've put in today.

All round play, spot on.

Farce mate. You deserved that winner in front of the Gwladys

Come on leaps and bounds this season, Dom! Another class performance, which should’ve been rounded off with two goals. 👏

If you don’t get a England call up then the games even more corrupt. Incredible player and passion! Love you DCL 🖤