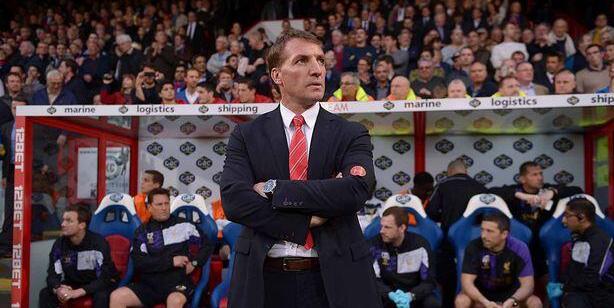 Liverpool are out of the Premier League title race, according to the shell-shocked Brendan Rodgers, who watched his side buckle under pressure against Crystal Palace on Monday, throwing away an seemingly unassailable lead in the dying moments of the match to draw 3-3, with Man City now in the home stretch.

Rodgers, who has up until this point refused to throw in the towel, now recognises the task may be too great for his brave Liverpool side, with Manchester City only needing to avoid defeat in their last two games (both at home) to be crowned champions of England.

“There is no doubt Manchester City will go on and win it,” Rodgers told the BBC after the match at Selhurst Park,

“We needed to win to keep the pressure on going into the last game and we did not do that.”

Indeed it was bizarre how Liverpool slipped from a position of effortless control, to scrabbling to avoid defeat in just nine minutes; a power shift that brought striker Luis Suarez to tears following the full-time whistle.

Dwight Gayle was the hero for Palace, bagging two well-taken goals, and he could have even got his hat-trick right at the death had he not skewed a close-range shot wide.

“At half-time, we said that the most important thing was to win the game,” continued Rodgers,

“It was not about Roy of the Rovers football to make up the goal difference, it was just about winning.

“We just did not manage the game at 3-0. We gave them a little sniff and they have some good players who can punish you. It is something we will improve on for next season.”

What do you think? Are Liverpool finished? Get involved in the comments below…